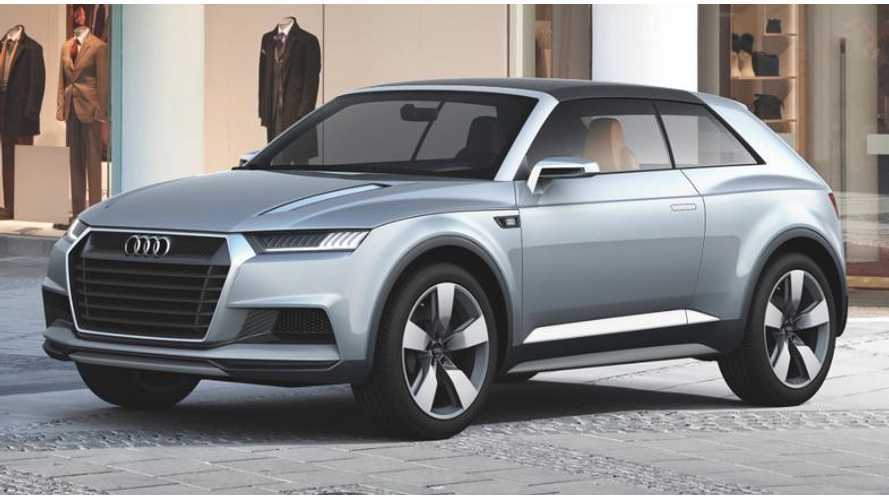 Audi is reluctant to introduce all-electric cars, however a series of plug-in hybrid Audis are in the works.

According to Rupert Stadler, Audi Chairman of the Board of Management, PHEVs are what customers really wants to buy, even those who have a Tesla.

"We have tested the technology, but we have always been clear that, from a customer's point-of-view, plug-in hybrid technology is best."

"Plug-in technology gives efficiency and it gives range. I've spoken to Tesla customers, and they say that if the plug-in Audi Q7 was available that is the car they would choose. We are confident we have chosen the right path; an electric car that lives only in the showroom does nothing for the CO2 agenda. We want to build cars that sell."

Well, only time will tell how well the plug-in Audi Q7 will sell in general and to Tesla customers (also against the Model X).  However, Mitsubishi Outlander PHEV sales in Europe indicate that plug-in hybrids are on the rise.

Another topic is electrification of existing models instead of designing new ones like in case of BMW:

"By sticking to proven vehicles we have flexibility. We can build plug-in cars in many of our factories, and on many of our existing cars, very quickly."

After A3, there are plans for Q7, A8 and A6 long-wheelbase plug-in hybrids from Audi.