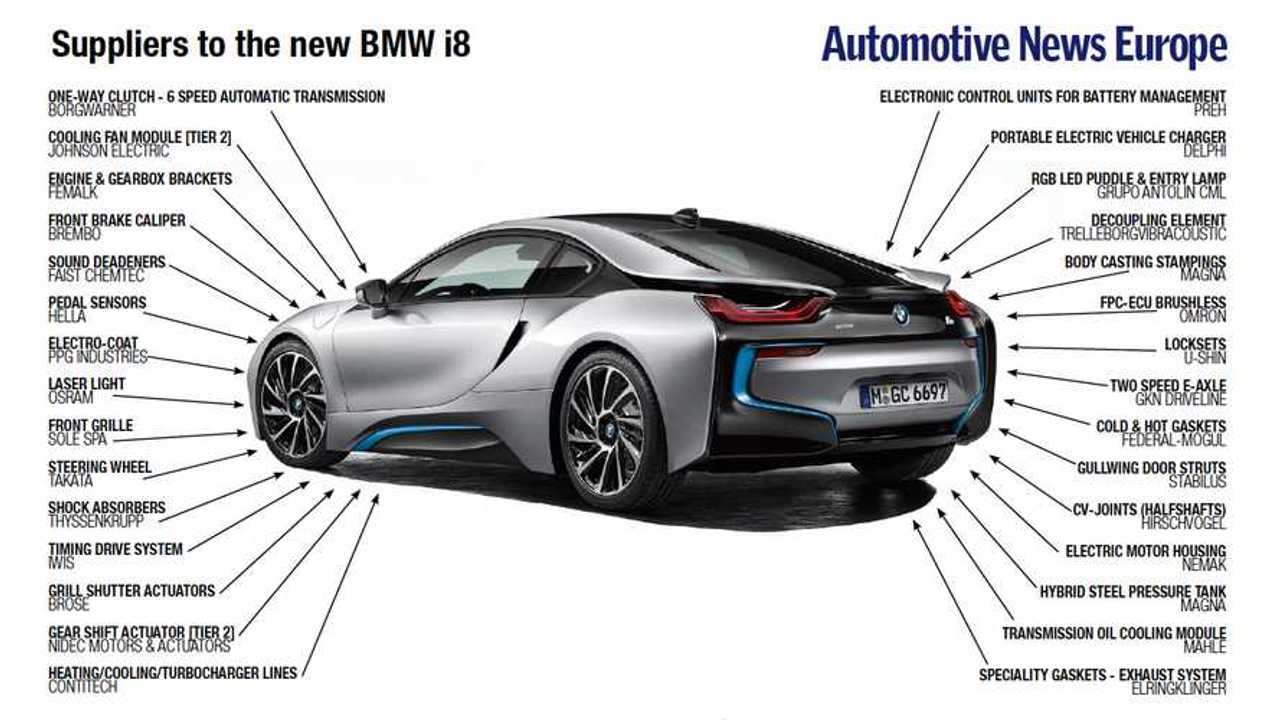 Automotive News brings us an infographic that shows the full list of suppliers for the new BMW i8.

BMW’s first hybrid sportscar is one of the most technologically advanced cars on the market and it comes with no surprise that an extensive list of parts suppliers were contracted by BMW to help build this state-of-art automobile.

Osram provides the headlamps for the optional laser high beams on the BMW i8 plug-in hybrid supercar. The brakes are manufactured by Brembo, U.S.-based Johnson Controls makes the Cooling Fan Module while Delphi makes the portable electric vehicle charger.

The i8 is built at BMW’s plant in Leipzig, Germany which recently undergone a 400 million euro upgrade to fulfill the i8 and i3 orders.

The laser high-beams on both models offer a bright white light that extends about twice as far as LED high-beams. Because of their intensity, they only work above 60kph — and when sensors detect no other light ahead. The lasers can’t be used to flash, and, indeed, won’t be offered in the United States because they far exceed brightness standards.