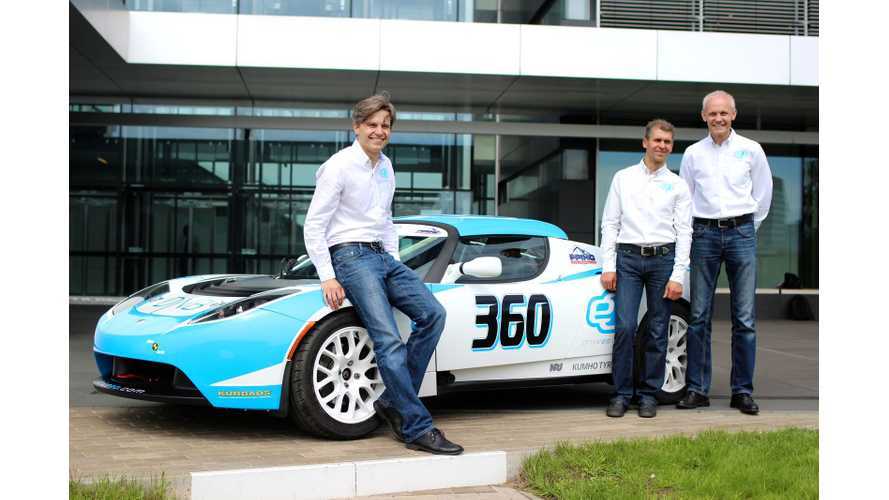 The electric car, to be driven by Jānis Horeliks, has been customized for the Pikes Peak International Hill Climb race (June 29).

On these detailed photos, we can now see that not much of the Tesla Roadster donor vehicle has been left intact on the inside.

Two motors comes from British YASA Motors.  A smaller battery pack (without details) and lack of other items helped to lower weight by more than 15%.