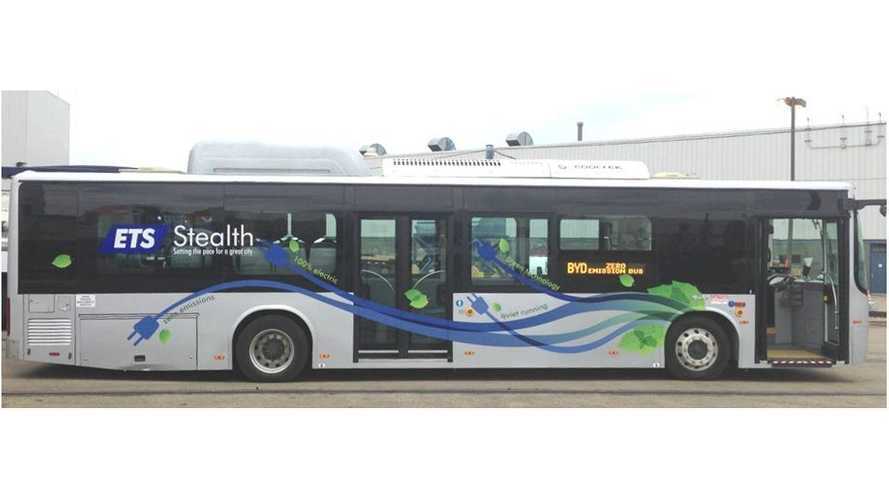 If all goes well, ETS maybe will be willing to order EV buses and electrify its fleet. Everything depends on several factors like passenger load capacity, passenger comfort, reliability and how well the buses navigate Edmonton’s roadway network.

"Edmonton Transit System (ETS) has added some stealth to its fleet. It began testing two electric buses – known as ETS Stealth buses – this week. The buses run quietly and cleanly and are more cost-effective to fuel and maintain than diesel engine buses currently used. Operated entirely on electricity, ETS Stealth buses have no exhaust pipes and generate zero emissions when being driven."

“We are very excited to be introducing electric bus technology to Edmonton streets. The City of Edmonton is committed to finding the best combination of transportation technologies to enhance Edmonton’s sustainability, and we’re eager to see how well the ETS Stealth bus delivers ETS service across the city.”

The buses will be used for four months through October 2014 on different routes.

And the drive will be completely free if passengers just fill out a special survey on their experience riding an electric bus.

"The ETS Stealth buses will run on various ETS routes across the city, travelling with regularly scheduled buses in service and for special events. Passengers can board free of charge. Instead of paying a fare, passengers will be asked to complete a survey describing their experience riding an electric bus."

“Public feedback is essential to determining the success of the ETS Stealth pilot project. We hope to hear from every ETS Stealth passenger so that we can make an informed decision later this year about pursuing electric bus technology in our long-term fleet replacement plans.”