Efacec Fast Chargers Installed On German A9 Highway, Between Munich and Leipzig (w/video) 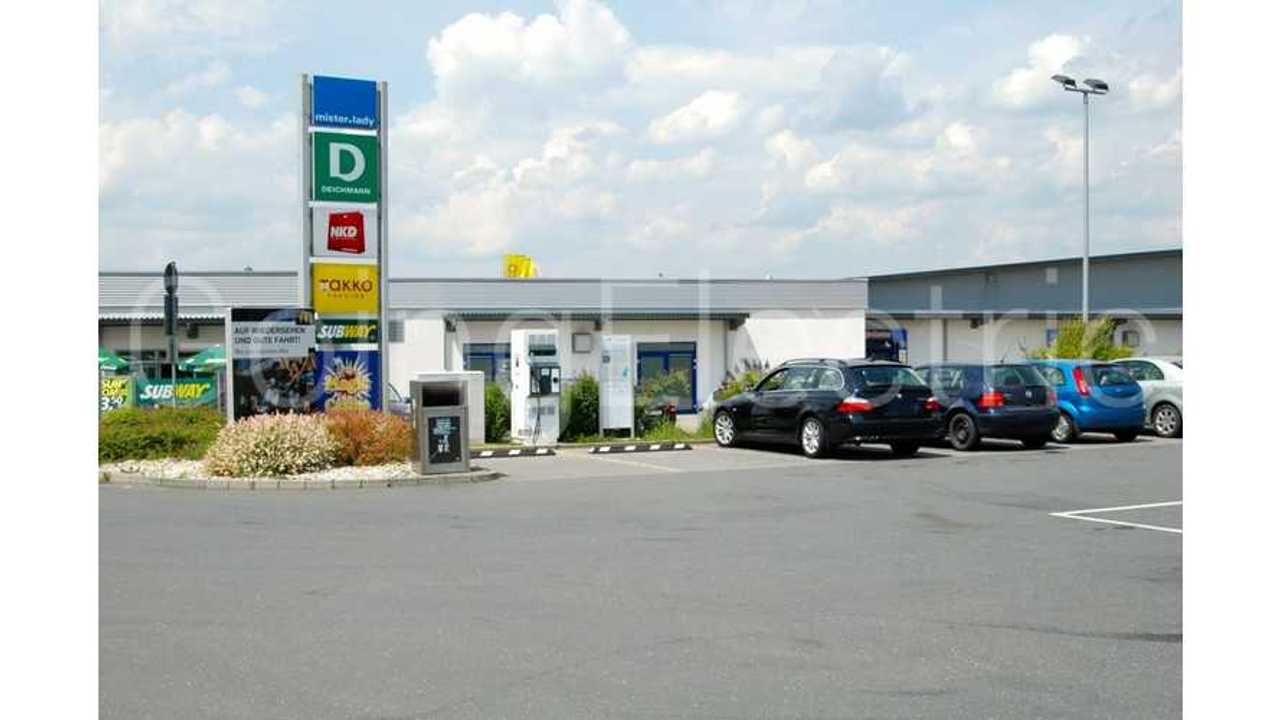 The 430 km long German highway A9, between Munich and Leipzig, was recently equipped with eight Efacec fast chargers.

Installations were conducted under the “Schaufenster Elektromobilität” research project.

"On the "Schaufenster-Projektes” research projects, under “Bayern-Sachsen Elektromobilität verbindet" (Bavaria-Saxony Electric Mobility Connects), Siemens, E.ON and BMW have built, along the A9 from Munich via Nuremberg to Leipzig, eight DC fast-charging stations and built the necessary infrastructure. The A9 motorway connection between Munich and Leipzig, with 430km long stretch,  is now equipped in 8 location with Efacec QC45 DC Fast-Chargers supporting the drivers of German electric vehicles that can without any concern move through the country knowing that the infrastructure to charger their vehicles is in place."

Because this is a German project, there is no doubt that nobody will add CHAdeMO plugs. Efacec QC45 DC along the A9 has 50 kW DC Combined Charging System aka Combo 2 and AC Type 2 (but it seems to be just 22 kW).  2 vehicles can be charged at one time though (one AC and one DC).

Efacec announced that, to date, it installed over 3,000 charging points, out of which over 500 are fast chargers.

"Actively participating in the development and construction of technology infra structures for the cities of the future Efacec is the leading developer in mobility, with a specialized offer in custom-made solutions. The company has already installed more than 3000 charging unites worldwide, out of which over 500 are fast chargers, obtaining supply contracts in over 20 countries or regions  including Germany, Norway, Sweden, USA, Asia, Middle East and Latin America."

"Schaufenster Elektromobilität | Schaufenster Elektromobilität Research Project: The German federal government has selected four regions in Germany as "future hinges" in April 2012 and promotes here a decision of the German Bundestag, the research and development of alternative drive systems. Overall, the federal government for the showcase program funding in the amount of 180 million Euro. In the large-scale regional demonstration and pilot projects of electric mobility will be tested at the interface of energy system, vehicle and transport system. In the window of Bavaria and Saxony are under the motto "Electric Mobility combines" some 40 projects with a total volume of approximately 130 million Euro and more than 100 partners realized. Bayern Innovative GmbH and Saxon Energy Agency SAENA jointly take over as project management center to coordinate the shop window.