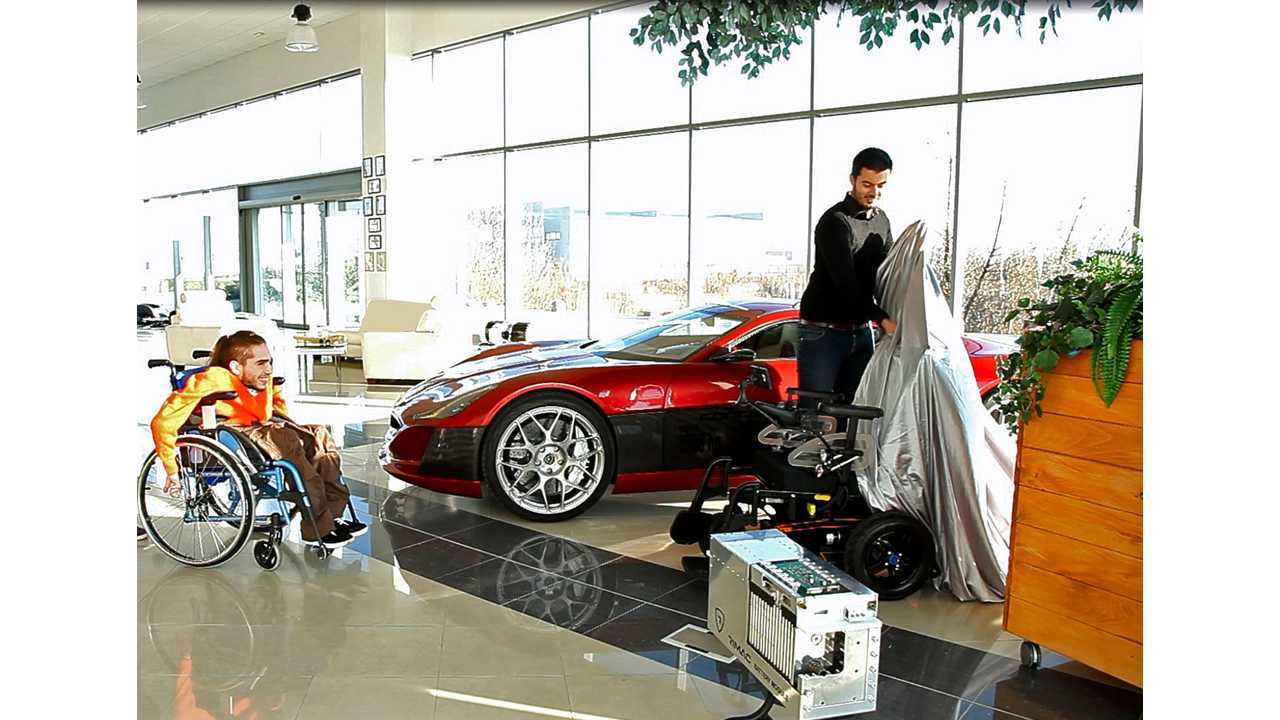 Rimac Automobili recently presented an unusual project, which as it turns out has its origins somewhere in 2013.

The Croatian company developed a battery system for a standard wheelchair used by a sympathetic, bright young man named Rolly, who earlier was struggling with lead-acid batteries on his daily commute to a friend's house.

"Rimac Automobili has proven once again that technology developed for electric supercars can be used in various applications.  An adapted battery system was integrated into a standard wheelchair in order to improve the user’s quality of life. The new battery system drastically increases the range, reduces weight, improves overall performance and drastically reduces the environmental impact of battery-powered wheelchairs."

Several months ago, everything changed as Rimac Automobili upgraded this wheelchair, including increasing its range from 10 to 60 km and at the same time lowering the weight of battery from 31.7 kg to 21.1 kg. All thanks to lithium-ion batteries, which should withstand 10 years without losing any capacity, instead of replacing lead-acids every year.

“Rolly Bugnar, a young and extremely bright young man, contacted us to help him improve his wheelchair. Since we have already used the technology originally developed for the Concept_One supercar in other products like the high-performance Greyp Bikes, we were confident that we could relatively quickly adapt our battery for a wheelchair. All our systems are designed with modularity in mind. We have chosen to take the Greyp G12 battery system, Battery Management System (BMS), Vehicle Control Unit (VCU) and Human Machine Interface (HMI) as the base for this project. It still took us months of development and adaptation, but we are all very satisfied with the performance and reliability of the prototype system.”

Rimac Automobili is looking to spread its technology into different products, however for now there is no plan for commercialization of electric wheelchairs with lithium-ion battery packs.

We are already quite diversified, entering the wheelchair market would be an entirely different field for us and.  Before any steps towards commercialization, we will have to do further studies.

And here is video with the full story:

"Rimac Automobili technology in a wheelchair of an extraordinary young man. Take a look how supercar technology can change a life in a completely different way than you would expect."