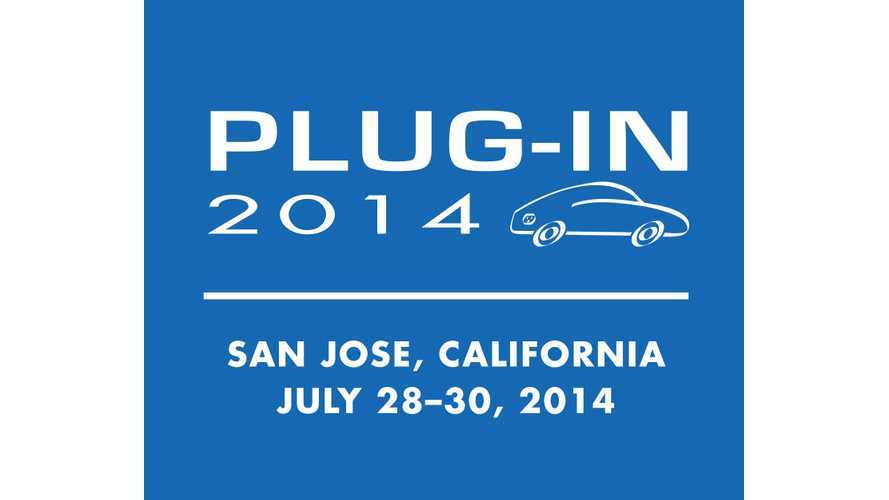 Over the past 12 months, InsideEVs has made a commitment to attend in person every major show and EV event around the world that focuses on plug-in vehicles and their infrastructure.

We Personally Guarantee Nicer Weather At Plug-In 2014 in San Jose Over That Of Auto China In Beijing This Year  (Smog Anyone?)

We have seen them all; Detroit, New York, Geneva, Tokyo, LA, Beijing, ACT Expo, etc., etc.  Which leaves only one more major event on the calendar before the 'auto year' begins anew.

For those not familiar with "Plug-In 2014", now entering its seventh year, it is the premier electric vehicle conference in the United States.   And is by far the best venue for industry stakeholders to discuss, debate and move forward on the key policy, technology and market issues critical to the long-term success of electric vehicles.

Unlike at major autoshows, where the 'good access' and knowledge is generally reserved for those in attendance for the inaugural 'press/special event' days, Plug-In 2014 give first hand contact between the attendees and the industry insiders themselves.

This year the event is organized by the Electric Power Research Institute, and will take place July 28-30, 2014 at the San Jose McEnery Convention Center in San Jose, Calif., U.S.A.

The agenda this year will focus on two session tracks (“Cars & Charging” and “People & Policy”), as well as multiple plenary sessions and panel discussions. On the kick-off day (July 28), two pre-conference seminars will be offered, as well as the always entertaining ride-n-drive activity for registered attendees.  The full agenda is listed below.

Before heading out to the show ourselves, we took the opportunity to pepper Dan Bowermaster, who is the Program Manager, Electric Transportation Electric Power Research Institute, with a few questions about Plug-In 2014:

Q: V2G, V1G, V2B are still concepts more widely known in places like Japan, how do you see vehicle-grid integration first being adopted in the US, and what is the near term (2-5 year) outlook in your opinion?  Will Plug-In 2014 touch on this issue?

Dan Bowermaster: "The integration of plug-in electric vehicles with the grid is an very important issue. This technology ranges from smart charging to grid resiliency (emergency back-up power) and potentially integration with wholesale markets. Plug-In 2014 will spend an entire day (Monday, July 28) with two specific seminars – one focused on vehicle-grid integration, and the other on fleet implementation of electric and other alternative-fueled vehicles. These interactive all-day seminars will provide a comprehensive overview as well as a great opportunity for intense discussion of these important topics as a launching point for the rest of the conference."

Contraction Of Public Charging Players Was The Theme Of 2013

Q: A lot has happened in the public EVSE space over the past year, most notably the contraction of the overall players as the ECOtality/Blink network went bankrupt and was absorbed by the CarCharging Group.  Do you see further consolidation of national public infrastructure in the future, or will it become more varied?

Dan Bowermaster: "Public charging plays a small, but important, role in the electric vehicle market. While most charging will be done at home or work, public charging infrastructure functions as both a safety net for battery-electric vehicles as well as a range extension for plug-in hybrids.

Q: We have seen a real willingness amongst fleet managers to bring EVs into their company's fleets, as well as rental car outfits adding those to their company profile - such as the 400 LEAF purchase by AVIS.  The city of Houston figures that their 27 LEAFs will save over $110,000 annually, are you seeing success stories like this convincing more managers to come on board with plug-ins?  Will any open discussions happen between clients and OEMs this year at the conference.

Dan Bowermaster: "Fleet managers make calculated, rational purchasing decisions based on the ability of the vehicle in question to get the job done reliably at the lowest possible cost. This total cost of ownership approach makes electric vehicles a very easy consideration for fleets.

The second all-day seminar on Monday, July 28 will focus on electric and other alternative-fueled vehicles in fleets, and one of the conference breakout sessions will directly address PEV economics. Further, Plug-In 2014 – just as in previous years – is specifically structured to provide ample time between sessions for face-to-face meetings between conference attendees. We have received very positive feedback for this structure and Plug-In 2014 will be no exception."

Q: If Plug-In 2014 is your first experience at an electric vehicle conference, what should one expect experience and learn?  Will there be opportunity for direct interaction with OEMs and policy makers in the United States for those interested?

Dan Bowermaster: Attendees – whether first-time or veterans – can expect a professional, friendly conference with sharp presentations and discussions with decision-makers who play an integral role in the vehicle and infrastructure markets. We pride ourselves on offering an agenda that provides real data and real-world experiences on technology, driver behavior and preferences, and more. Attendees also can expect ample time for networking between the presentations.

Q: From the fleet managers especially (and also from the casual individual) we have seen a strong desire to get away from the 'less than 100 mile' compact EV model and into a more 'useful' vehicle like a commercial van, truck or even SUV, especially in the PHEV niche.  Do you have any insights into this 'gap' in EV product lineup.

Dan Bowermaster: There are many excellent PEVs on the market and more are coming. Over the next 24 months, both Tesla and Mitsubishi will introduce SUVs. In addition, together with the South Coast Air Quality Management District and with support from the California Energy Commission, EPRI is running a DOE project that is deploying approximately 300 plug-in hybrid bucket trucks, vans (both cargo and passenger) and pickup trucks across North America This project runs through Q3 2015 and the data gathered and lessons learned will be very valuable to both the participants and the industry in general.

Q: Easy lob question for taking the time to talk to us:  Any 'tidbit' or 'highlights' that you can let us in early on for this year's conference?

Dan Bowermaster:  The presentations can get quite exciting with various points of view. Debate and tough questions from the audience are strongly encouraged.

The agenda (subject to change) is as follows:

For more information, including registration, visit www.plugin2014.com.  Our thanks to Dan and Mindy on the Plug-In 2014 team!