$600,000 Furtive e-GT Sold Out For Entire First Year Of Production 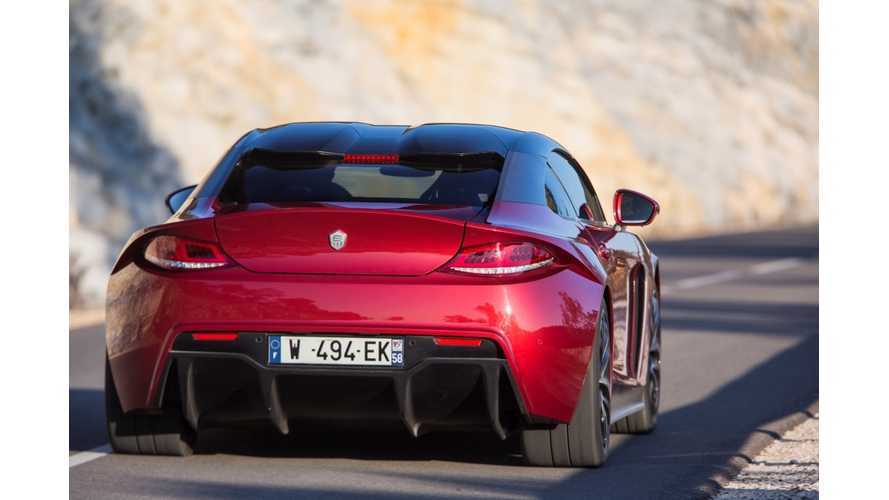 As with most uber-expensive supercars, production of the Exagon Motors Furtive e-GT will be limited.  Only 150 units will be produced per year.

Luc Marchetti, chairman of Exagon Motors, says interest in this electric supercar is extremely high.  So high that a dealership network will not be needed:

"We don’t need retail showrooms. We will be using 'ambassadors' . The e-GT is aimed at the sort of person who has everything."

As for the actual EV, Autocar reports:

"The e-GT is based around a carbonfibre structure, which is manufactured close to the Magny-Cours race circuit in France and weighs just 124kg. The e-GT’s SAFT lithium-ion battery pack – SAFT is said to be the leading battery supplier in the aerospace industry - is mounted in the floor of the structure and weighs 480kg."

"Unusually for an electric car, the e-GT has a three-speed gearbox. Currently, most electrically driven vehicles have a single-ratio transmission, but Marchetti says there is no torque interruption from the twin Siemens electric motors, which send a base 380lb ft to the rear wheels between 0 and 5000rpm."

Range is reported at 224 miles (53 kWh battery pack), but we're certain that's an optimistic NEDC figure.  Range will be much lower in the real world (150ish?).  Perhaps that's why Exagon says it'll eventually offer a range-extending engine as an option for the Furtive e-GT.  Autocar reports the following in regards to the range-extending engine:

"The e-GT has a range of 224 miles on the battery pack and buyers also have the option of a range-extending petrol-fired engine/generator. Described as a "small capacity combustion engine", it is designed to run at a constant speed and returns a claimed 41mpg when it is solely powering the car."

For more InsideEVs coverage of Furtive e-GT, check out the links below:

Furtive-eGT To Be Presented At Hurlingham Club in UK