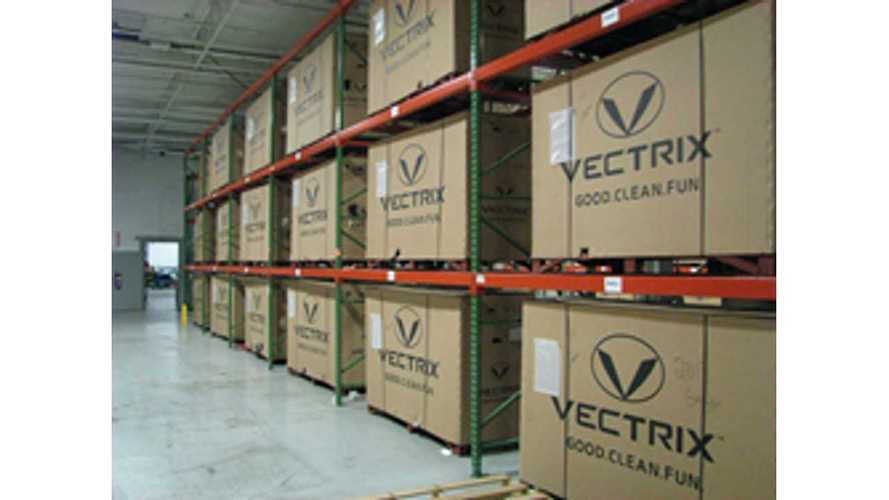 Electric scooter maker Vectrix, which a few months ago ultimately went underwater, soon will be auctioned.

The Bankruptcy Trustee announced in May that the company's assets will be auctioned on June 18, 2014, at its New Bedford, Massachusetts former headquarters.

"On March 31, 2014, Vectrix, LLC filed a chapter 7 bankruptcy petition in the United States Bankruptcy Court for the District of Massachusetts, and Warren E. Agin was appointed as its bankruptcy trustee to liquidate the company’s assets. On April 25, 2014, Mr. Agin announced in court pleadings that he is hiring Paul E. Saperstein & Co. to auction the company assets on June 18, 2014, at Vectrix’s former headquarters at 55 Samuel Barnet Blvd, New Bedford, Massachusetts."

As it turns out, approximately 75 complete unsold Vectrix scooters will be available, as well as ~100 battery packs and more than 1.6 million dollars worth of replacement parts.

"According to the auctioneer, the assets being sold will include 75 complete Vectrix all electric VX1, VX2 & VX3 Motorcycles & Scooters, about 100 new Lithium Ion batteries suitable for use in Vectrix cycles, and more than 1.6 million dollars’ worth of replacement parts. In addition, the auction will include electronics, office equipment, assembly plant machinery and an extensive selection of machine shop and manufacturing equipment. Online bidding will be provided through BidSpotter. Paul A. Saperstein & Co.’s complete auction guide is available online at http://bit.ly/vectrix. According to Mr. Agin, available intellectual property and other intangible assets might be added to the auction, but no decision has been made yet."

Full list of auction items can be found here.