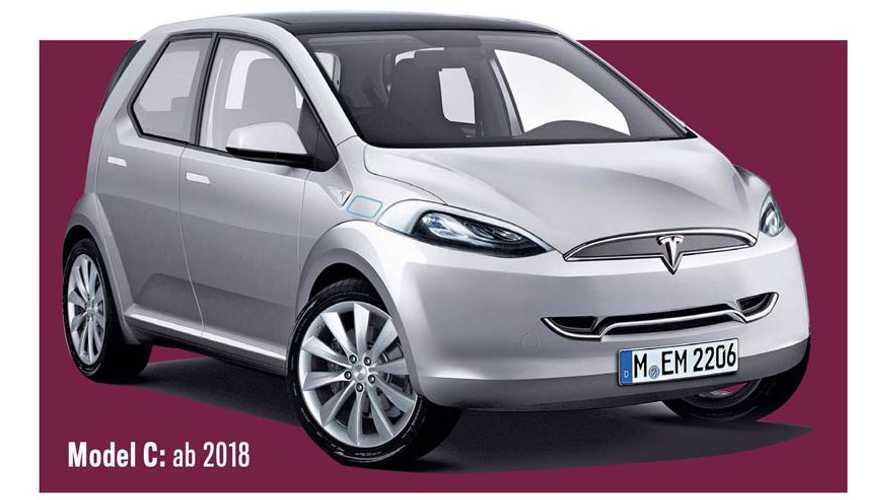 We however are going to go with a pretty strong "not gonna happen" on that piece of speculation.

Instead, AutoBild says the Model C has been confirmed by an "anonymous company insider."

If you follow Tesla, then it's immediately apparently that this Model C strays too far from the automaker's mission of delivering sporty, stylish EVs with long-range cruising abilities.  That and they already have the Model 3 filling most of that roll - and taking up all of their time and resources to get out in 2017.

Despite the "company insider" supposedly confirming the Model C, we're going to say it's not coming.  Certainly not by 2018.  Perhaps never.  But is the idea even a sound one for Tesla to pursue?  The competition is tough at the very low end for even the most established of automakers, and margins are certainly very thin.