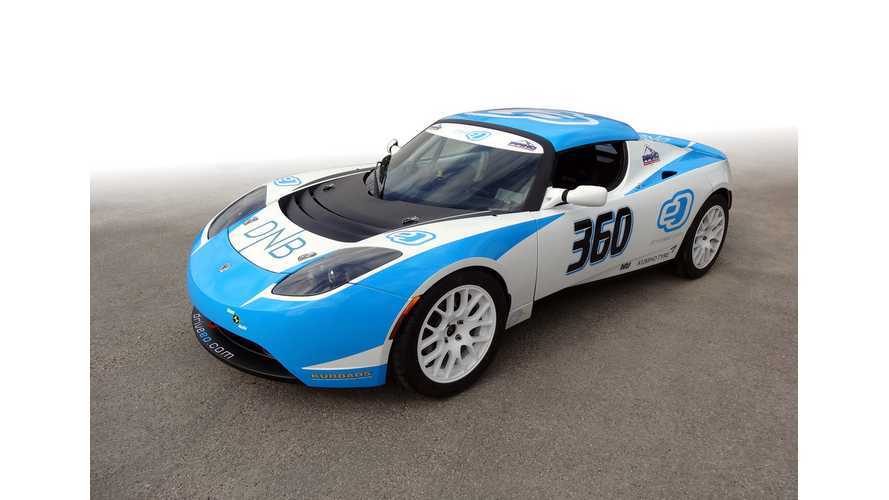 Latvian race team eO confirmed its return to  Pikes Peak with brand new car, the eO PP02. Last year, eO didn't have any luck at Pikes Peak with the race ending badly for the PP01 racer (see video below).

"Electric motorsport specialists Drive eO are returning to the Pikes Peak International Hill Climb on June 29 to test and develop their latest electric drive train system. The team has packaged it into a Tesla Roadster chassis, making the competitive debut in motorsport for Tesla."

As we can see on the only available photo, eO PP02 is based on the Tesla Roadster, but in fact its guts are entirely different. eO swapped the Tesla drivetrain and battery pack, opting instead to use something more powerful for the race.

"Drive eO has dubbed the project PP02 as it builds upon the team’s initial attempt at the iconic hill climb competition in 2013 with a prototype supercar eO PP01. The new car features a more modest specification with rear axle powered by 360 kW (peak) twin-motor system and a 40 kWh lithium-ion battery pack. The team is aiming to validate the new components ahead of scaling them up for successive electric supercar projects which are already on the drawing board."

Of important is the the last sentence, which seems to indicate that eO is mulling some other electric supercar projects!