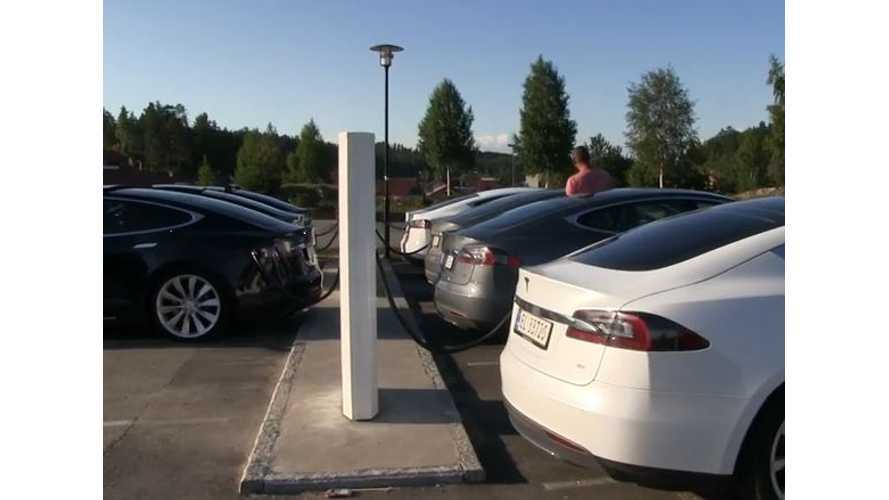 "Just to give you an idea of how many Tesla Model S there are in Norway. This video was shot on a typical Sunday evening in Brokelandsheia (Cinderella) supercharger."

According to Bjorn, it's typical to now see at least some of Norway's Superchargers line up with Model S sedans.  In the video, you'll see that this Supercharger is full with a queue starting to form.

It seems Norway, like in some locales in the U.S., will require more Superchargers to handle the influx of Model S sedans.

While overcrowded Superchargers could be considered a problem that Tesla needs to rectify, we're rather certain that Tesla will consider this rapid Model S population growth to be a positive.  More Superchargers are coming.  Hold tight Model S owners.

We Count 10 Superchargers In Norway