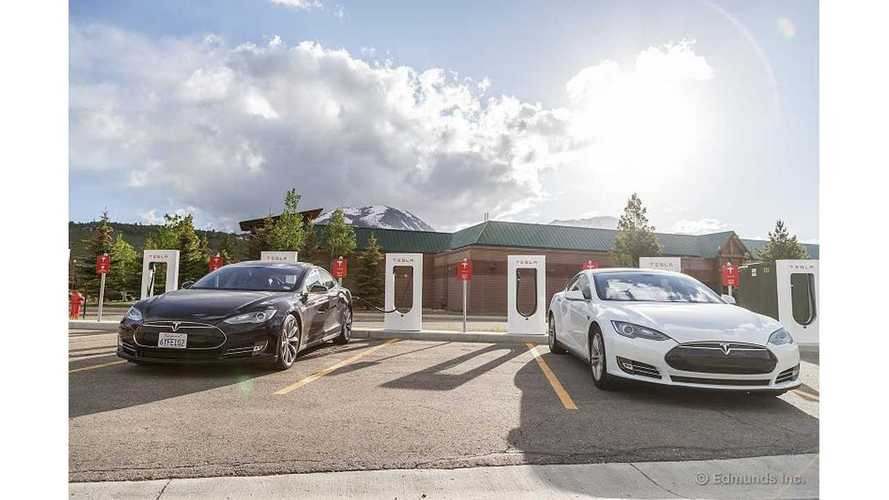 As more and more Tesla Superchagers go on-line and temperatures climb to levels higher than in Winter, when Tesla did its maiden cross-country journey using Superchargers, it is obvious that the first record of 76 hours and 5 minutes set by a team of Tesla staffers would fall.

And fall it did.

A team from Edmunds.com smashed the record driving a Tesla Model S from from Redondo Beach, Calif. to New York, NY.

"Edmunds.com Director of Vehicle Testing Dan Edmunds and Photo Editor Kurt Niebuhr completed the cross-country journey in less than three days while stopping at 23 Tesla Supercharger stations across the nation. And unlike Tesla's cross-country attempt, Edmunds.com's duo completed the journey on its own without the safety net of a trailing support staff."

Detailed story on the trip can be found here.

"The key to breaking the record wasn't to drive fast; we had to drive smart. Fast, aggressive driving will only succeed in sucking down an EV's battery. We had to drive responsibly to make sure we had enough juice to get from one charging station to the next. And we saved time by charging only a little more than what we figured was necessary to get to the next Supercharger."

And now it's time for some statistics: