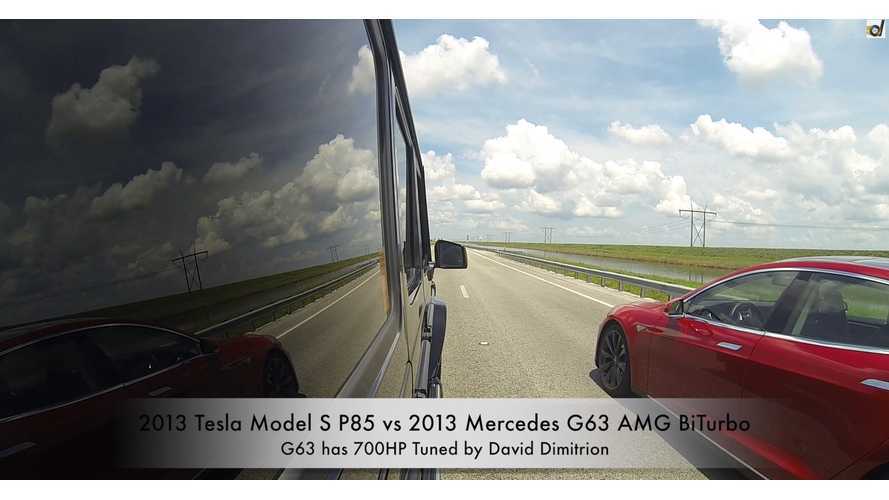 A Tesla Model S P85 is up against a Mercedes G63 BiTurbo that has been upgraded to 700 horsepower.

We weren't certain which vehicle would win this race. The end result was very surprising and impressive.

All that gass-guzzling power up against something that has an electric motor the size of a watermelon...

Judging by the price of the G63 AMG as well as the mentioned performance upgrades, no doubt there is easily a $160,000 investment. For the Model S and its visible features, you're looking at an EV that costs at least $107,000.

In the second camera view, you will see a Range Rover Sport. You can check out the race between it and the Model S P85 below.

*Editors Note: Racing is to be done on race tracks. Not public roads.