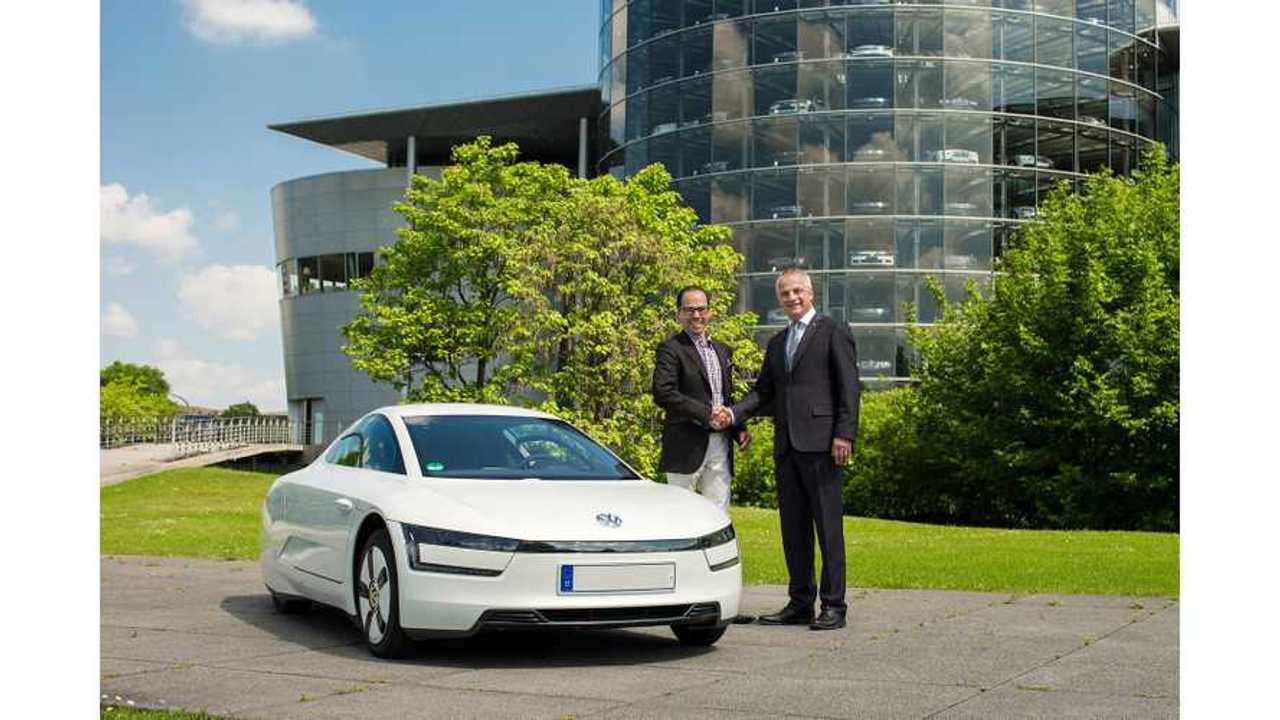 Volkswagen is proud to announce that it officially delivered the first XL1 plug-in hybrid to a customer in Berlin:

"The first XL1 was delivered in the exterior color Oryxweiß pearl effect with titan black and pearl gray interior."

"The XL1 has inspired me from the beginning and I am very pleased to now be driving my own. With its visionary design and high-tech appearance, Volkswagen has dared something new and innovative."

"With an average fuel consumption of 0.9 l / 100 km, the XL1 is the most economical series-production car in the world. Thanks to its plug-in hybrid system, the two-seater can be driven purely electrically, and thus free of local emissions over a distance of up to 50 kilometers. From design layout to follow the XL1 as automotive protagonist of the pure sports car theory: minimum weight of CFRP monocoque and outer skin (795 kg), perfect aerodynamics (Cd 0.189) and extremely low center of gravity (1.153 mm height). Therefore, the efficient Volkswagen range 6.2 kW / 8.4 hp to slide at a constant speed of 100 km / h above the plane. In electric mode, the Volkswagen content with less than 0.1 kWh for more than a kilometer route."

The VW XL1 will not be offered in the US due to homologation issues.

Some additional XL1 specs include:

As for availability and pricing, the limited production (250 units in total) XL1 is "priced at approximately $145,000," according to Volkswagen.