Tesla To Make Supercharger Network Available To All Automakers 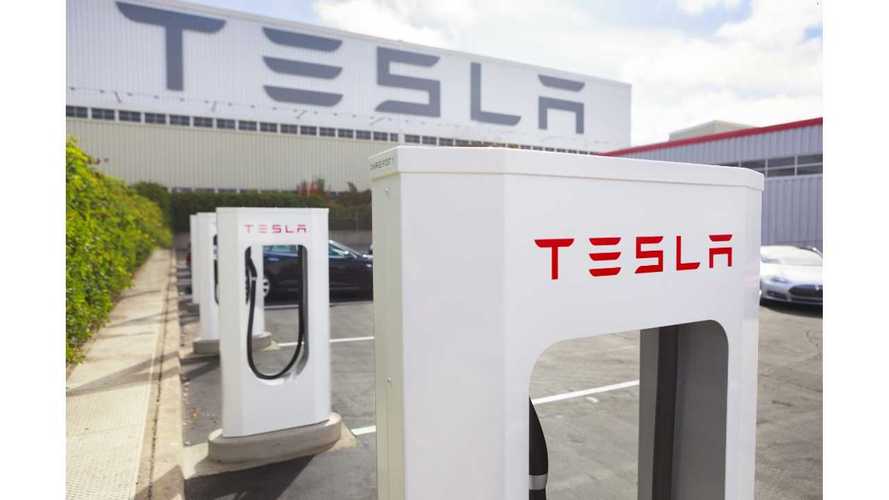 A recent Engadget article opens with this:

"Tesla's CEO has been carefully dropping hints that he might "do something controversial" with his company's collection of technology patents, and now we know what he's on about. Speaking at the UK launch of the Tesla Model S yesterday, Elon Musk said that he specifically wants to open up the designs for his Supercharger system in order to create a standard technical specification that other electric car makers can adopt."

So, Superchargers for all then?

Musk had previously stated that Tesla's intention was never to have Superchargers become a "walled garden," meaning closed off to other automakers/owners of electric vehicles, so this latest revelation of opening Superchargers to other plug-in vehicles is as expected.

"Then again, Superchargers are more than just fancy plug-in points: they're also a business model in which electricity is given away "free for life" for Model S owners, with all costs factored into the upfront price of the car. Musk is very clear that other EV makers would have to subscribe to this same business model if they want to partner up."

Since the initial Engadget article went live, Tesla's communication department reached out to Engadget to provide clarification, especially on the topic of patent sharing.  As Engadget states:

"Update: Tesla's PR people have been in touch to clarify a couple of things. Firstly, although the company is indeed offering to share its charging and adapter specifications with other manufacturers, on the conditions described above, this won't necessarily involve sharing patents. Secondly, some sort of "patent giveaway" or "patent release" is still on the cards, but the company isn't quite ready to announce the details just yet."

As for Elon Musk, his comment in which he revealed the Supercharger giveaway occurred when a journalist at the UK launch of the Tesla Model S asked this question:

"Is that sort of aimed towards the superchargers and allowing other car manufacturers to use your charger network?"

To which Musk replied:

"The intent of the Supercharger network is not to create a walled garden. Any other manufacturer that's interested in using them, we'd be happy to accommodate. It's just that they need to be able to accept the power level of the Superchargers, which is currently 135kW and rising, so any car needs to meet the Supercharger standard. And they'd also need to agree with the business model, which is we don't charge people on a per-charge basis. They'd need to contribute to the capital costs proportional to their fleet's usage of the network. So we think that's pretty fair."

So, nothing new here.  And we'd like to add that it's highly unlike that we'll see a plug-in vehicle (w/o a Tesla badge) hit the market that can accept 135 kW (and rising) anytime soon.  Even if we do, will the maker of that vehicle agree to free charging and be willing to "contribute to the capital costs proportional to their fleet's usage of the network?"  We doubt it.  So, the Supercharger network is open to all automakers, but will even one bite?

Snappy video recap of the Supercharger sharing situation posted below: