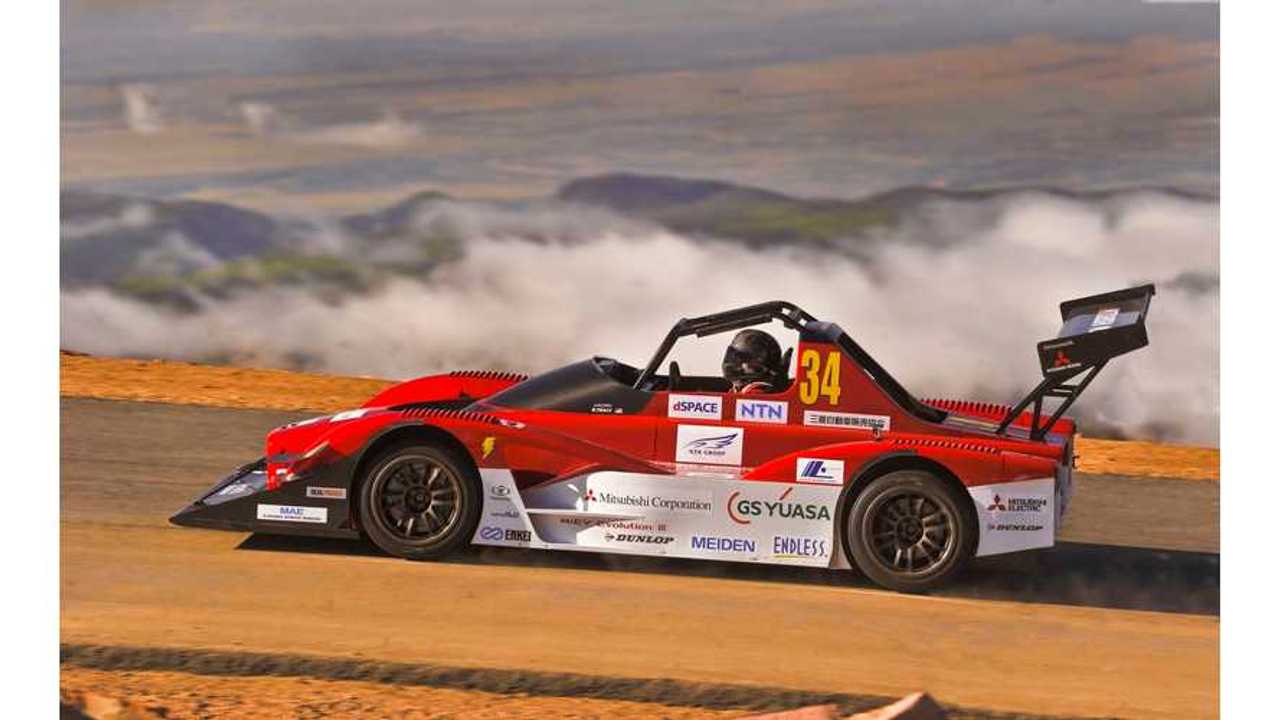 It's obvious that without oxygen there is no fire and internal combustion engines will not work. The higher above sea level, oxygen become more sparse and in a race to the clouds, like Pikes Peak International Hill Climb (up to 14,110 foot / 4,301 meters), this hurt ICE and in turn helps EVs a lot.

ICE is just not working in its optimum range, which explains why EVs almost won this race event last month, while at the same time in other types of races there is still some technological progress needed.

Across the 12.42-mile course, there are four sections. In the first two, the overall winner was quicker than the fastest EV by over 5 seconds and almost 4 second respectively. But in the higher two stages, everything changes, as Mitsubishi MiEV Evolution III's driver Greg Tracy was faster by nearly 3.5 seconds and over 3 seconds.

Additionally, Hiroshi Masuoka was faster than the overall winner in second part of the race. Results for Nobuhiro Tajima probably aren't good for comparisons because technical problems slowed down his E-RUNNER.