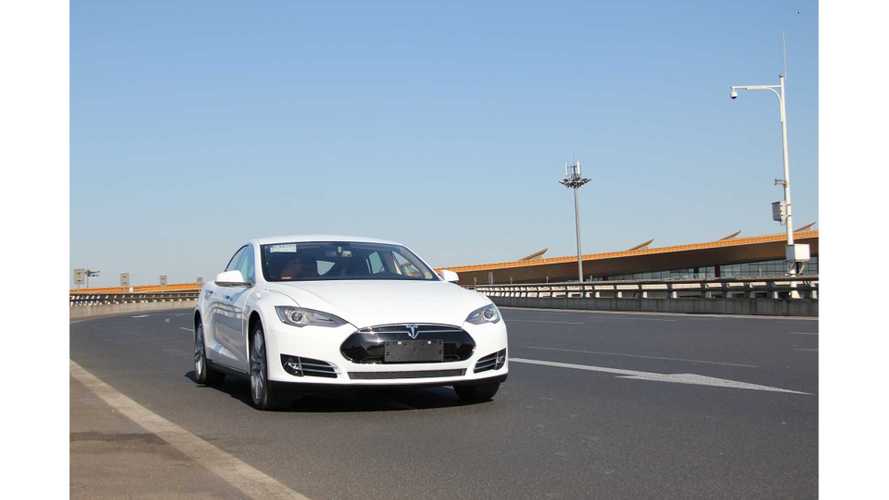 Certain cities in China have some wacky local laws when its come to automobiles.

How does Shanghai restrict outside sales? As Caixin reports:

"Once a car model is added to the list of new energy vehicles authorized by the Shanghai government, it becomes eligible for municipal subsidies and the city's system of new energy license plates. That system allows buyers of such cars to avoid the city's license-plate auction, where plates can cost nearly 100,000 yuan."

Where's Tesla come into this mess?  Tesla, as an automaker outside of China, doesn't yet qualify for for any of Shanghai's subsidies or new-energy license plates, so effectively Tesla is out for now.

"Media reported earlier that Shanghai plans to issue 20,000 free license plates to electric vehicles this year, including 3,000 allocated to imported vehicles. But Ma Jing, the deputy director of Shanghai Municipal Commission of Economy and Informatization, says that no such policy on imported electric cars has been formally enacted. He added that the city's branch of the National Reform and Development Commission, the country's top economic planner, is still investigating the possibility of adding Tesla's Model S to the new energy list."

We believe that Tesla will eventually be added to that new-energy list, but until that becomes official, Tesla sales will be limited in Shanghai.