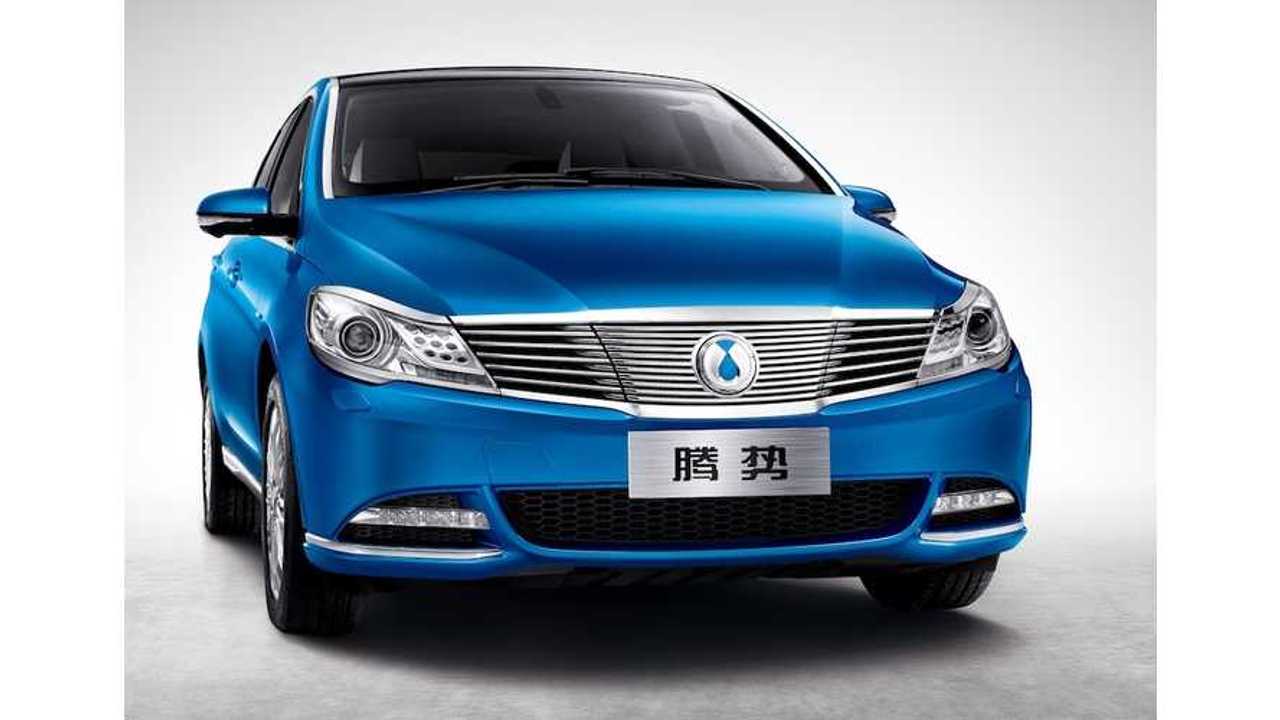 Shanghai has approved a plan that sets a target for the number of plug-in vehicles to be added to the roads by the end of 2015:

"The plan envisions sales of 9,500 plug-in hybrid and fully-electric passenger cars, 1,400 electric buses, and 2,100 specialized vehicles over the course of 2014 and 2015, and expects nearly a third of those sales to come this year."

That equates to 13,000 plug-in vehicles adds to the streets of Shanghai between now and the end of 2015.  It's not a spectacularly high figure, so it should be obtainable.

"...about 30 percent of sales under the plan will come from non-Shanghai carmakers whose electric-car models are on Shanghai's list of authorized new energy vehicles. So far, five non-Shanghai-based automakers have been listed in the plan including Beijing Automotive Group, BYD Co., JAC Motors, Chery Automobile Co., and Lifan Group. Local manufacturers Shanghai Automotive Industries Co. (SAIC) and Shanghai General Motors Co., Ltd. will account for the rest."

Imported vehicles have not been listed under the new energy plan.  More details on this are forthcoming.