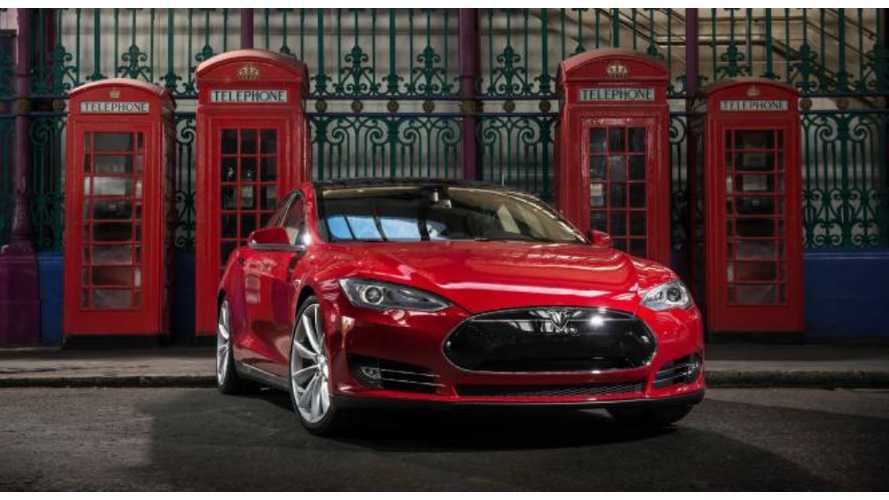 While we support the electrification of government fleets, and any new sales for the Tesla Model S, U.K. public officials are perhaps considering taking things a bit to the extreme.

Now that Tesla Motors has entered the United Kingdom with the first of their RHD (Right Hand Drive) all-electric Model S sedans (check out launch ceremony from last month here), Automotive News reports that the government is considering the car as part of their green fleet.

New VP of Communications and Marketing for Tesla, Simon Sproule, acknowledged that the Model S was being considered.

"The Model S we understand will be under evaluation for inclusion...it would be great to see California-built Teslas transporting Her Majesty's ministers on official business across London."

Here is the thing.  Having public officials jaunt about the country in a highly visible premium sports sedan (electric or not) has never been a terribly good idea, as it tends to not sit well with the masses...especially in times of economic distress.

There is also the matter of the total budget of the program.   If we consider perhaps 80% of the 5 million budget actually goes to purchasing the cars themselves, that would mean only 55 to 75  cars in total could be purchased (the Tesla Model S ranges from 53,330 to 69,080 locally).

Better Idea To Purchase Something Like The Vauxhall Ampera For UK Officials?

Given the average price of a reasonable EV in the UK, even if only a handful were purchased by the highest level of executives, it would mean that more than a few people are going to end up in Renault Twizys on the low end of the stick...unless they are willing to fall well short of the 150 unit goal; which would mean more petrol vehicles on the road.

Put another way, given the resources they have to work with, the U.K. could buy about 190 Nissan LEAFS (£21,490) or 140 Vauxhall Amperas (£28,750) for the same amount of money, and they would also be telling the public that affordable plug-in vehicles were a viable solution in the U.K.

But we may be off base.  So, how are you with public servants using government funds to get around in Tesla Model S sedans?