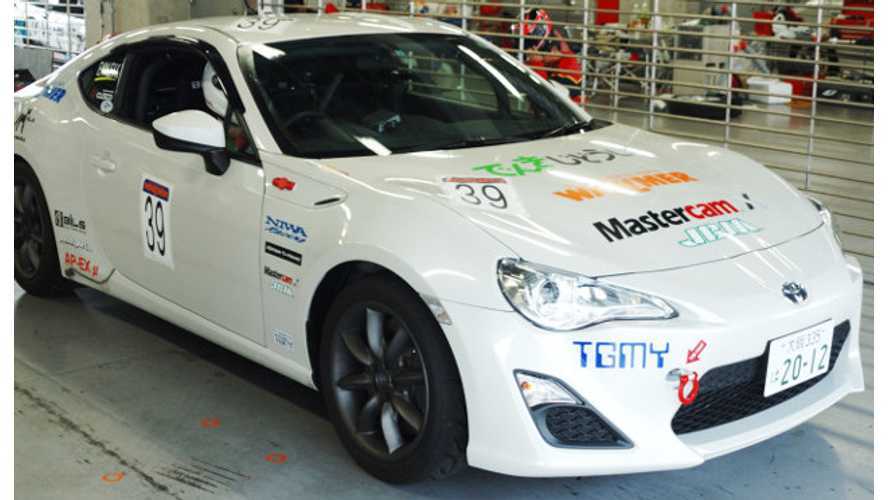 Third Round of 2014 Japan EV-GP Series

A converted Toyota FT86 EV powered by a 145 kW UQM motor won the third race of the 2014 All Japan EV-GP Series at Tsukuba Circuit this month,.  This marks the second straight win for the FT86 EV.

This time it was easy one, as no Tesla Roadsters appeared on the grid.

In fact, more than half of the grid was Nissan LEAFs (6 out of 11 cars), which leads leads to a fierce battle in that sub-group over the 31-mile race.

Three rounds are now behind us and three more are ahead. All Japan EV-GP Series is not as flashy as Formula E.  However, to date it seems this is still the only one with production electric cars.

Third Round of 2014 Japan EV-GP Series