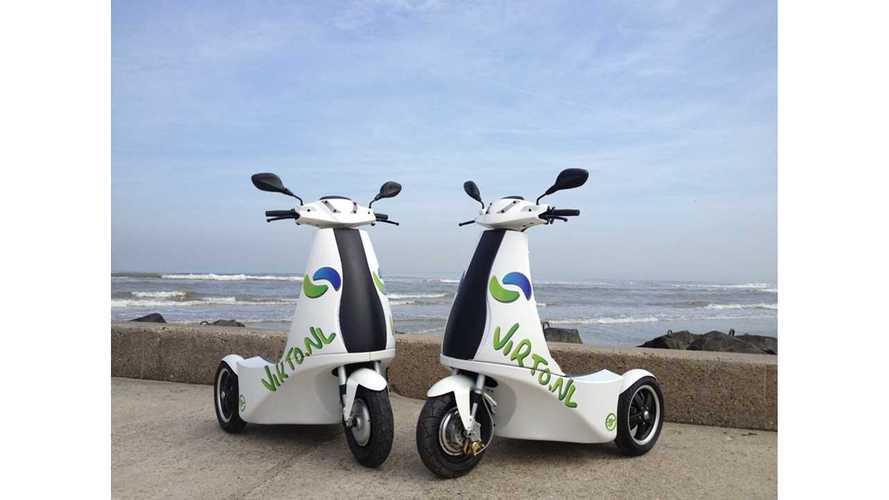 The Virto Fun and Virto S stand-up electric trikes have received full approval for use on public roads in Europe. Approval for North America is listed as pending.

Developed and manufactured in the Netherlands, the Virto trikes features a 48V, 10Ah Lithium Iron Phosphate battery pack. Top speed is 16 mph and range is listed at up to 56 miles per charge.

Hydraulic brakes are found on all three wheels. Up front there's a fork suspension and out back there's an independent suspension.

According to Virto, the trikes have been well received at various trade shows throughout the US.  Virtos sold in Europe will be manufactured in the Netherlands.  Those to be sold in the US will be made at Virto's facility in Michigan.

Virto expects to receive North American approval for road use by the end of 2014.

For more info on Virto electric trikes, click here to pay a visit to Virto's webpage.