What Are The Tesla Cards That We Cannot See? 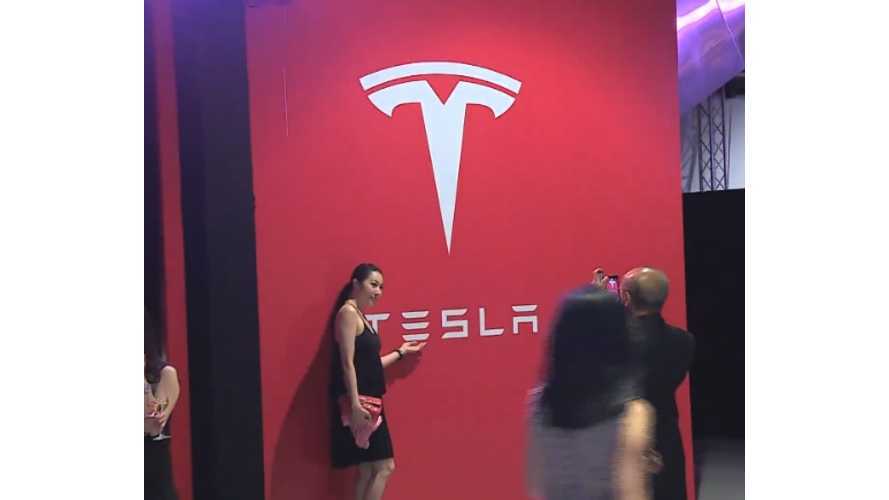 Elon Musk is not fond of sleeves, so where will he keep these cards?

Elon Musk mentioned Tesla is holding cards we cannot see in the Q2 conference call. He claims in the past Tesla has be showing all of its cards.

Is there room for another motor/inverter/differential in there?

The new found covert stratgety seems strange because Musk has been known to leak big things out during a Q&As at random events. It seems like he gets so excited about new stuff Tesla is working on that he just has to tell the world (or the average joe asking a relevant question).  Just how long will he be able to hold back before we see the full hand?

Here is my list of the top items for the "secret cards:"

For people following Tesla, this seems like a forgone conclusion. They have already announced that every Model X will be AWD. It seems obvious that it would make its way back into the Model S. It has even been hinted as an eventual feature long ago. But we have never gotten firm confirmation, pricing, and availability. Remember that AWD was supposed to be a needed system to help keep the Model X range 200+ miles with the same battery packs. Could this mean that Model S will get a range boost for the AWD system? Will they make Model S AWD standard?

Auto pilot is probably the other worst kept secret.

Musk used his favorite form of advertising (Twitter), to recruit employees to develop it 11 months ago.  I recently found a startup company working on a retrofit Auto Pilot system (very similar to what Musk eluded to) for Audis. They complained that they had been in competition with Tesla on recruiting top talent from MIT. So again not a real secret, but market availability? Pricing? Will this show up as a feature on Model X and Model S early next year?

Is Panasonic handing over some better cells now?

There was a recent hint that the Roadster was going to get a retrofit 400 mile battery pack. Why now?  Roughly 3 years after the design freeze of the Model S battery pack.

Within 12 months of Model X coming out that could really use a few more kWhs to keep the bar on range. Right around the time that Panasonic is making a meaningful jump in battery supply, after a tooling investment at their own facilities.

I think all these things line up for a possible jump in battery sizes for Tesla. It would be a huge wave of excitement and might tip some maybe buyers over the edge if range was their real concern.

Is Tesla going to start selling lots of these? (credit to Greentech Media)

Again, not a complete unknown here as they have shown them as prototypes at their factory and a few SuperChargers. But they have not made any real splash with contract sales to other parties on them. If they really do have some excess battery supply while they get the Model X up and rolling, there could be a sales push on the stationary storage front that would bring in meaningful revenue. I really think this is more of a distraction at this point and really hope this isn't their big ace in the sleeve.

Sticking with the theme of surprise, but not unheard of. Truck, Model Truck, Model T (I don't think even Musk has those gonads) has been something that Musk has dreamed about it the past.

He would love to slap their nifty active air suspension and monster torque motor in a 4WD pick 'em up truck and hit some real gasoline offset.

While I think they could make a really awesome truck with performance, towing, and some cool utility tech, I don't see it coming in at a price tag anywhere near competitive.

There is no pickup truck market in the 100k range, so I think this is on the shelf until after Model 3.

Is Tesla going to take the App Store page from the Apple playbook?

This is one that I think everyone has basically forgotten about. There is a double iPad on the dash just waiting to be monetized.

Car applications for the Model S would be a huge hit and would probably command a premium price tag. $30 - $100 for a nice application customized for your Model S would probably have a real market. If Tesla is getting a 30% cut, and no capex involved, it would look good on their balance sheet. On top of it, it would raise owner satisfaction even more. Features that Tesla doesn't have time to address would get picked up in the secondary market.

Inverters for the Solar Market

Is Tesla going to start sending some serious product over to Solar City?

This is one that I picked up from a TMC member (sorry, can't remember which one, too much reading lately).

JB Straubel is always looking at powertrain and power electronics technology. Apparently there is a need at Solar City for a much better inverter, both in efficiency and cost. This does seem like it would fit into the engineering skill set of the Tesla team. This might be a project they could crank out and make a solid secondary income on. Like the stationary storage, I don't think this is a good time for Tesla to start splitting their attention.

SuperChargers, Service Centers, Model X, GigaFactory, and production expansion seem like they would consume their focus for now. Oh and the umpteen rocket launches Musk as also committed to, all while landing rockets back on the pad. At some point he won't be able to keep his eyes on everything.

Fire away in the comments with other ideas that should be in Tesla's secret deck of cards.