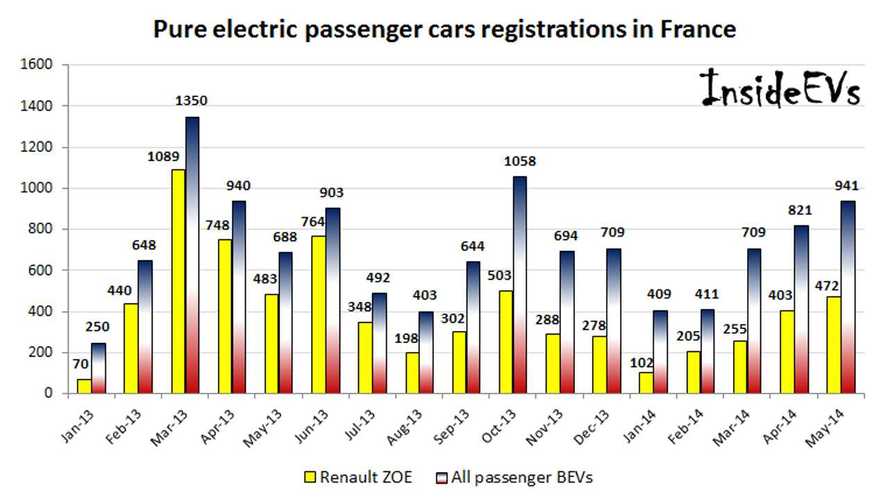 In May, France turned back to the growing of electric vehicle sales, reaching 941 new passenger EV registrations compared to 688 in May 2013.

This means solid acceleration by 37%, however YTD numbers are still 15% lower than at this point last year and need a few more jumps to work out the losses.

Renault's flagship, the ZOE, accounts for ~50% of all sales, which is typical for France.

But other models are doing relatively well. Interesting is 51 registrations for BMW i3, which is a new record in France. Even more interesting is that most of them (39 units or 76%) are range extenders (included in the total 941 number).

Another record belongs to Tesla Model S, which for the very first time reached a level of 43 units in single month and 119 YTD.

On the the light electric delivery van segment, which are counted separately, we see growth by 43% from 289 to 415. Also here Renault is the leader with 303 Kangoo Z.E. sales.