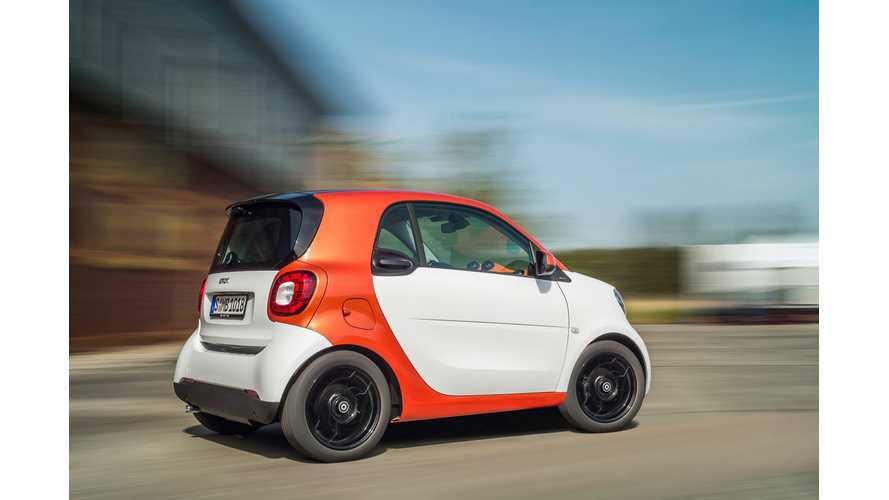 The all-new 2016 Smart Fortwo and Forfour has been officially revealed.  Videos of both cars in action are below.

Since there are no concrete details on the next-gen plug-in Smart Electric Drive available at this time, we'll instead focus on some of the known specs for the 2016 Fortwo that we know will translate directly over to the Electric Drive version:

Turning our attention back to the next-gen Fortwo Electric Drive, here's what we know.

Daimler will turn to LG Chem for cells for next-gen Smart ED.  The Electric Drive version is guaranteed to continue on in its current form beyond the early 2015 release in the US of the ICE versions of the Smart Fortwo.  The changeover to the new platform for the electric Smart is planned to occur sometime in late 2015.

Translation?  Expect to see the next-gen Fortwo Electric Drive launch in the US a year or so after the ICE version's arrival here.  Our guess is that by 2016 model year, the next-gen Smart ED will be on sale globally.