UPDATE: On The Scene: Attempting To Overturn Direct Sales Ban On Tesla Motors In New Jersey - Bill Being Heard Now 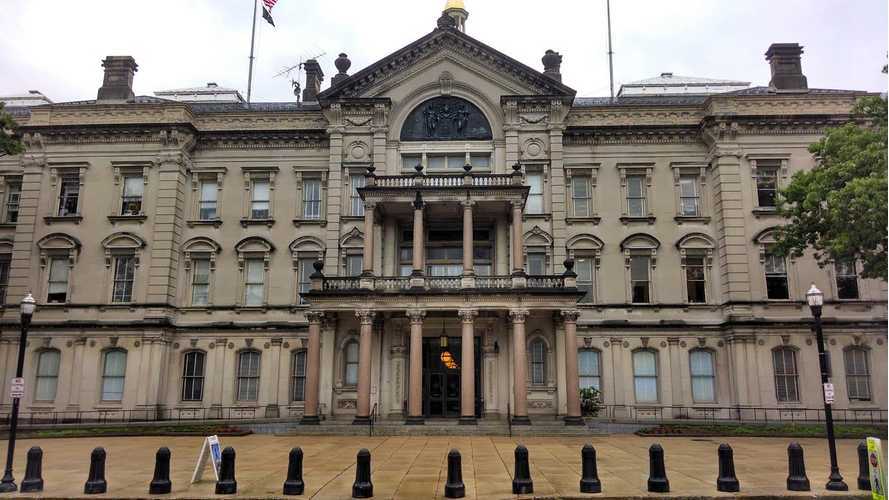 Today, in Trenton, New Jersey, InsideEVs contributor and Plug In America director Tom Moloughney is expecting to speak on behalf of a bill that proposes to change state laws that currently ban automakers such as Tesla Motors from conducting direct sales in the state of New Jersey.

Getting Ready For The Hearing

If the bill passes, Tesla will once again be able to conduct business as usual in New Jersey, meaning that direct sales will be allowed within the state for Tesla Motors.

Complete background on the Tesla situation in New Jersey at these links:

Elon Musk: To The People Of New Jersey "Tesla Is Still Here For You"

Anti Tesla Legislation Gets Passed In New Jersey Without Allowing Public Comment - Tom Moloughney was in attendance for this one too.  See images below:

Earlier this week, our friends over at Plug In America put out a call to action, which is posted in its entirety below:

Action Alert: New Jersey is listening. Now is the time for us to speak up!

Your call to the Legislature to have your say was heard, loud and clear! A bill to change those laws has been prepared and on June 5th, that co-sponsored bill to allow new EV car companies like Tesla Motors sell cars directly to the public, will be heard by the Assembly Consumer Affairs Committee. See the full text of NJ A3096 here.

Please take a moment to re-iterate your call to pass the bill. We’re on the home stretch, democracy is working, victory is in sight.

If you’re still in any doubt over supporting this bill, consider our world if Apple had been forced to sell the iPhone through retailers only - with retailer set pricing, retailer product specification and their unwanted added software, would the US still be the leaders in smartphone design and technology or would China and Europe have stolen the show? Tesla Motors and Apple are both US companies that disrupt the status quo.

Please fill out the form below to join us in calling for the New Jersey Consumer Affairs Committee to support this bill supporting New Jersey and American innovation.

As an electric vehicle supporter, I urge you to support A3096.

Tesla is a member of a nascent industry, one that supports American innovation and creates jobs here in America. They need your support to allow them to continue to serve New Jersey residents directly, using a new model that places the consumer first.

Please support this bill and a free market in New Jersey.

The bill being referenced throughout this post can be found in its entirety here: A3096