Tesla Model X To Be Less Guy-Centric Than Model S 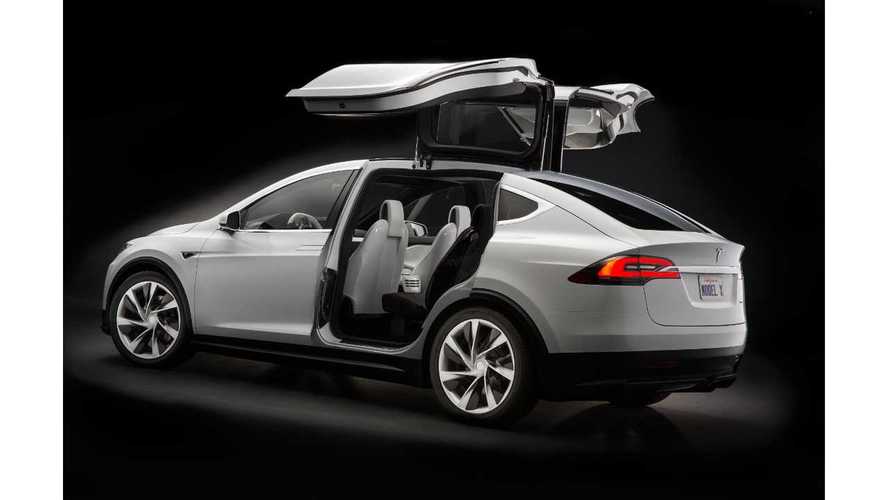 The Tesla Model X delays are being explained by Tesla as being caused by trying to make the SUV as perfect as possible in every way. Basically, Tesla says it's going over the Model X with a fine tooth comb.

The first deliveries were originally expected  in a couple months, but they've since been pushed back to spring of 2015.

“One of the things that drives me crazy about cars is that very often you’ll see kind of a car or demo car and then the production version is some much worse version of that. At Tesla, whenever we show off a car as a demonstration item the production car will always be better.”

“Sometimes that takes a lot of effort and it’s very difficult and that is certainly the case with the Model X, but we have two choices which is either produce an amazing car that I think is going to blow people away or produce a pretty good car.”

If the Model X lives up to its expectations, which we are certain that it will and more, it will be an experience like no other on the road. A few of the main features are standard 4-wheel drive with 2 motors, seating for 7 passengers comfortably, 85 kWh battery pack with a range of ~ 260 miles, 0-60MPH in less than 5 seconds and so on.  The Model X is sure to be in a class of its own that will be unmatched by competitors.

Musk had also added that his designers are paying “more attention to the needs of women” as this is Tesls's third vehicle and it's of high importance to focus on all buyers:

“We’ve probably got a little too guy-centric on the Model S, so we’re hoping to correct that with the Model X.”

How do you focus on being more appealing to women, or less guy-centric?

By moving seats closer to the pedals and and improving forward visibility.  Additionally, the Model X is be as family-oriented as possible.

As you likely already know, the Model X sits on the exact same platform as the Model S, only with all wheel drive and some other minor hardware changes.

More than 15,000 deposits for the Model X have been taken. It will surely go up against a number of SUVs when it arrives in 2015, but none of those SUVs are pure electric, which means that the Model X will have no real competition when it hits the scene in 2015.