Elon Musk: "We Can Produce Something Better Than i3 Right Now, But It Wouldn't Be Great" 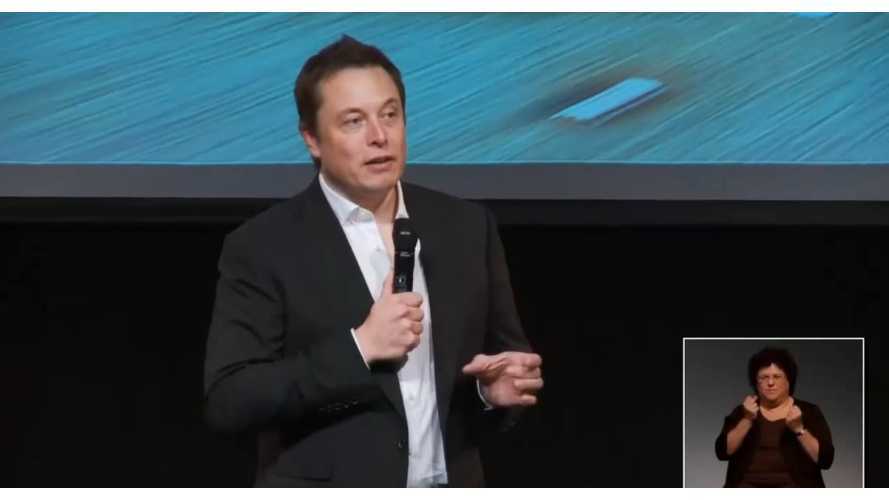 We are not quite sure what it is about the BMW i3 and Tesla CEO Elon Musk, but the German plug-in  seems to always be on his mind like no other electric vehicle.

Several times over the past year Mr. Musk has given BMW and its i3 a back-handed compliment, a well placed snicker...or an outright slap.  An example of which would be the following quote from last August's quarterly conference call that brought laughs from both the audience and Elon himself:

“I’m glad to see that BMW is bringing an electric car to market. That’s cool. I think there’s room to improve on the i3 and I hope that they do.”

Now with the BMW i3 finally hitting US shores and off to a strong start, maybe the thought that has been crossing his mind all this time is that some of the premium buyers might well indeed just opt for the 80-ish mile EV with optional gas range extender, because he let fly more loose comments this week during Tesla's annual shareholder's meeting while talking about the company's upcoming 3rd gen car.

"It's important to have a compelling mass market car," he said of the 'next' Tesla while re-enforcing both a possible late 2016 debut and a $35,000 price point.

Then thoughts drifted back to the i3, which Tesla's next offering will surely be competing against it.

"I drove the i3, but the range isn't great.  The issue is in order to create a compelling mass market car, we need a lot of battery production, and it needs to be at an affordable price that it doesn't hurt the affordability of the car."

"We can produce something like the i3 or better than i3 right now, but it wouldn't be great. It wouldn't be amazing."

BMW as of yet has not fired back, but has taken a slightly different approach to promoting their plug-in vehicle, saying it is as much about the car itself, the driving experience and how it is made; as it is about total range.

CEO of BMW North America Ludwig Willisch had this to say about the i3 earlier this year to the Business Insider:

"You need to look at the whole concept."

"We start off by producing carbon fiber in Moses Lake, Washington, with hydropower. Then we use fully recyclable materials to build the car. We build the car with wind power. So the whole production cycle is fully sustainable."

"...others build electric cars the conventional way...you need to look at the carbon footprint of the whole thing. I would dare say that nobody's at this point in time where we are, as far as the whole production process is concerned."

Now that we have had an early look at BMW i3 sales (336 in May), and what looks to be at least 1,000 more sales coming in June (mostly with the range extender, as limited as it is), we know some of these sales must have come at Tesla's expense; but just how many is the question?

And is the Tesla CEO concerned that the "premium EV" market pie the company owned 100% last year is starting to get cut up?

Or does he just enjoy taunting BMW?