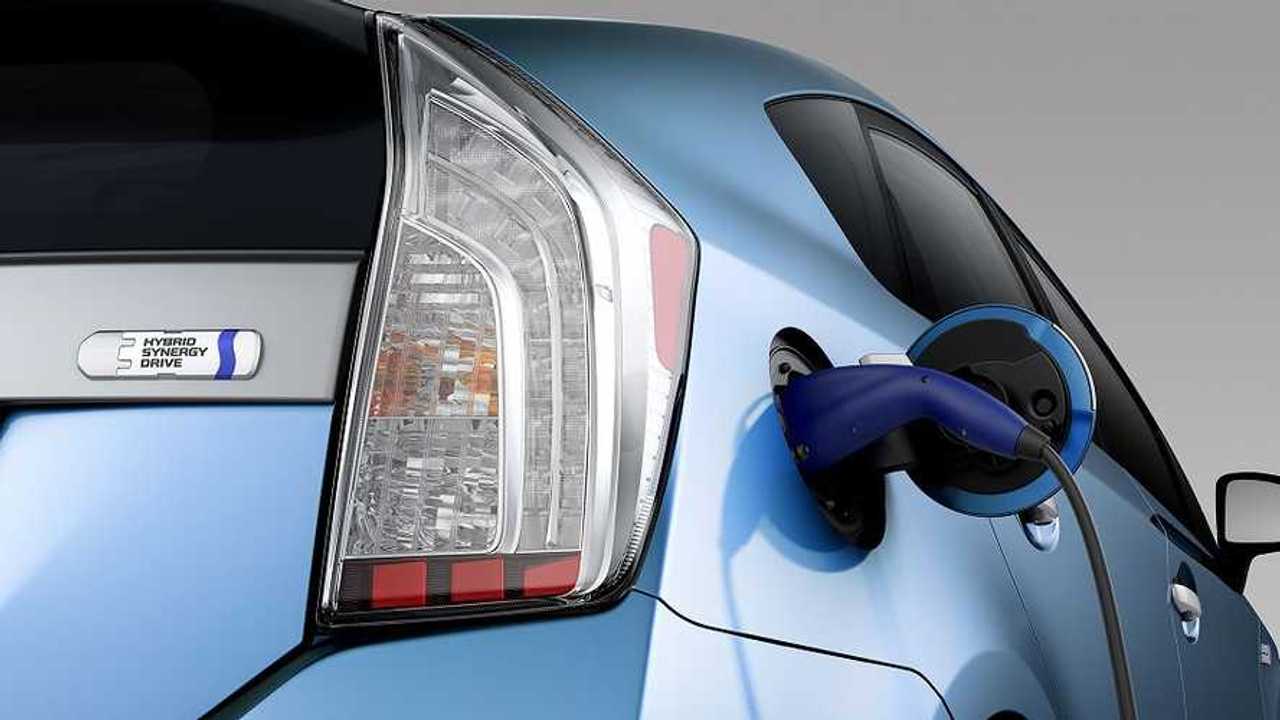 In April when the Prius PHV sold a yearly high 1,741 copies, many (including ourselves) chalked that result in part up to artificial demand for the Toyota in California surrounding the imminent exhaustion of the "green" stickler program for plug-in vehicles to gain access to HOV lanes.

Many people (and us) were wrong.

This month, while many other extended range plug-ins sold "ok", the Prius PHV blew its old sales record out of the water by selling 2,692 copies.

A number that before this month's extraordinary Nissan LEAF sales result would have made the Toyota the only plug-in car other than the Chevrolet Volt to achieve such a high level.

And all without the "green sticker".

With May's result, the Toyota PHV actually moved past the Chevrolet Volt to be the 2nd best selling plug-in for America for the first time with 7,729 units sold.

We reached out to Toyota to see if they had any thoughts on the success of the Prius PHV of late and to see if there was anything in particular driving sales.  Perhaps some sweetening of the deal in May?

"Prius PHV was up 282 percent last month, the Prius C was also up 17 percent. Incentives were up slightly in May month-over-month which is in line with the industry. It is not unusual for incentives to be up this time of year. "

Another big part of the reason for the Prius PHV's success this year, past some extra cash on the hood in May, was an adjustment of the MSRP last fall - down as much as $2,010 to $4,620.

"Ultimately, the consumer will decide which technology is right for their lifestyle and we will continue to provide a portfolio of options, including plug-in hybrid electrics, pure electrics, fuel cells and hybrids as our core technology. The Prius PHV is part of that portfolio. "

We should note that Toyota wanted us to also stress their favorite new project as well, the fuel cell:

"However, Toyota sees a future in the fuel cell, which we intend to bring to market by 2015. A fuel cell is more efficient to operate than a gasoline engine, which means it requires less fuel to provide the same amount of power output. The fuel cell vehicle also produces zero emissions.  The only by-product is water vapor.

The target range is more than 300 miles (500 km) and only takes 3-5 minutes to fill up the hydrogen tank, similar to refueling your gasoline vehicle. Toyota has already doubled the power density of its proprietary fuel cell stack, achieving a total system output of 100 kW, while dramatically reducing the system’s size & cost. "

Toyota Prius "Family" Sales Through May 2014

Breaking down both May and the year to date number, if you look at the Prius family of cars, the plug-in accounts for almost all the gains in May, and is the only member of the group with a year to date sale increase - a whopping 111%.

What to look for in sales for this month?

More of the same as Toyota is now offering $4,000 in bonus cash plus 0% financing for 60 months through July 7th.  National lease offers currently start at around $220/month (36m)

Meaning the effective price of the Prius PHV with the government credit included is $23,490; that's less than the regular MSRP of the base Prius hybrid - although to be fair Toyota is also offering $1,000 of the standard hybrid model as well.

We'd still opt to pay the extra $290 bucks and get the plug-in ... that seems more than reasonable!