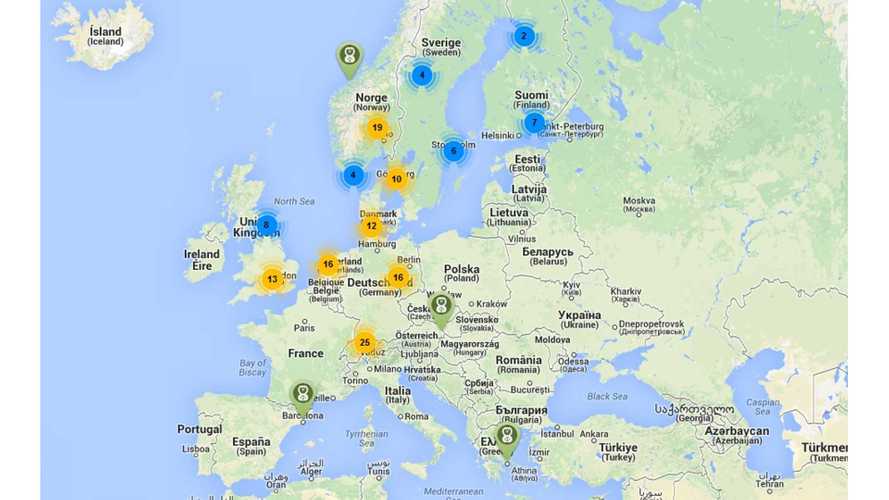 Mutwin Kraus, who describes himself as a developer of JavaScript, Ruby and Objective-C software, created a wonderful map with European CCS (called Combo) fast chargers.

According to this map, about 160 such points are already open.

For comparison, the number of CHAdeMO chargers in Europe exceed 1,100. Noteworthy is that a small number of these points have both CHAdeMO and CCS plug.

In Germany, the number of CCS is similar to CHAdeMO, but in France CCS does not exist. Northern Europe  is more universal with both solutions.