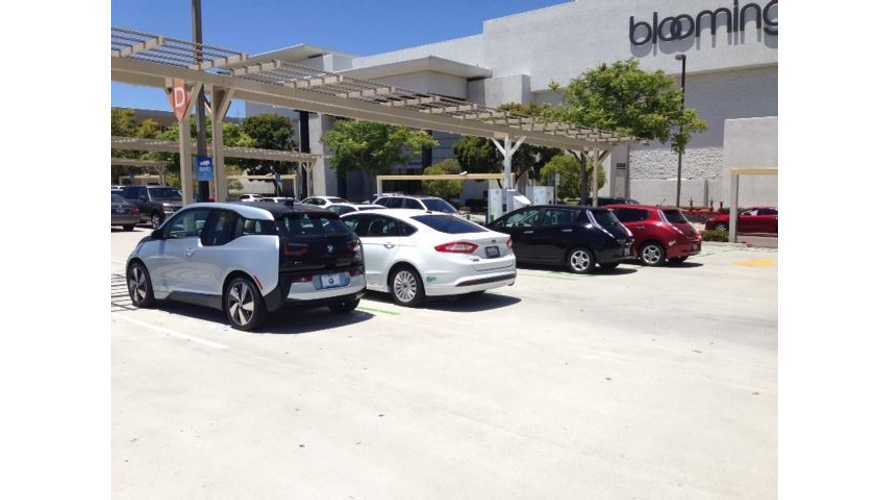 The Introduction Of The BMW i3 Helped May Set A New Plug-In Selling Standard (Above: First i3 REx Delivered To US shown)

Since the start of the 'current generation' of plug-in vehicles in the United States, no one month has ever failed to delivered an improved result over the year prior.  Ever. Including this month, that number is at 42 and counting.

More Than 3,100 Americans Hopped In The Front Seats Of A New Nissan LEAF

However May still caught anyone who follows the EV selling trends off guard, as what had been expected to be a solid month turned out to be the best selling month of all-time.  Any month.  Any country.

Unlike August of 2013 when the Chevrolet Volt single-handed propelled the number higher (3,351), May's record month was a combined effort from 3 automakers - Nissan, Toyota and Ford.

Also adding to the totals was the BMW i3, which sold 336 copies during the month (story on that here) - the best debut month for any plug-in to date in the US.  In total 11 of the 17 mass produced plug-ins sold in America set a new yearly high.

The top five selling plug-in  manufacturers for May were:

Other plug-ins that set new all-time highs in May: