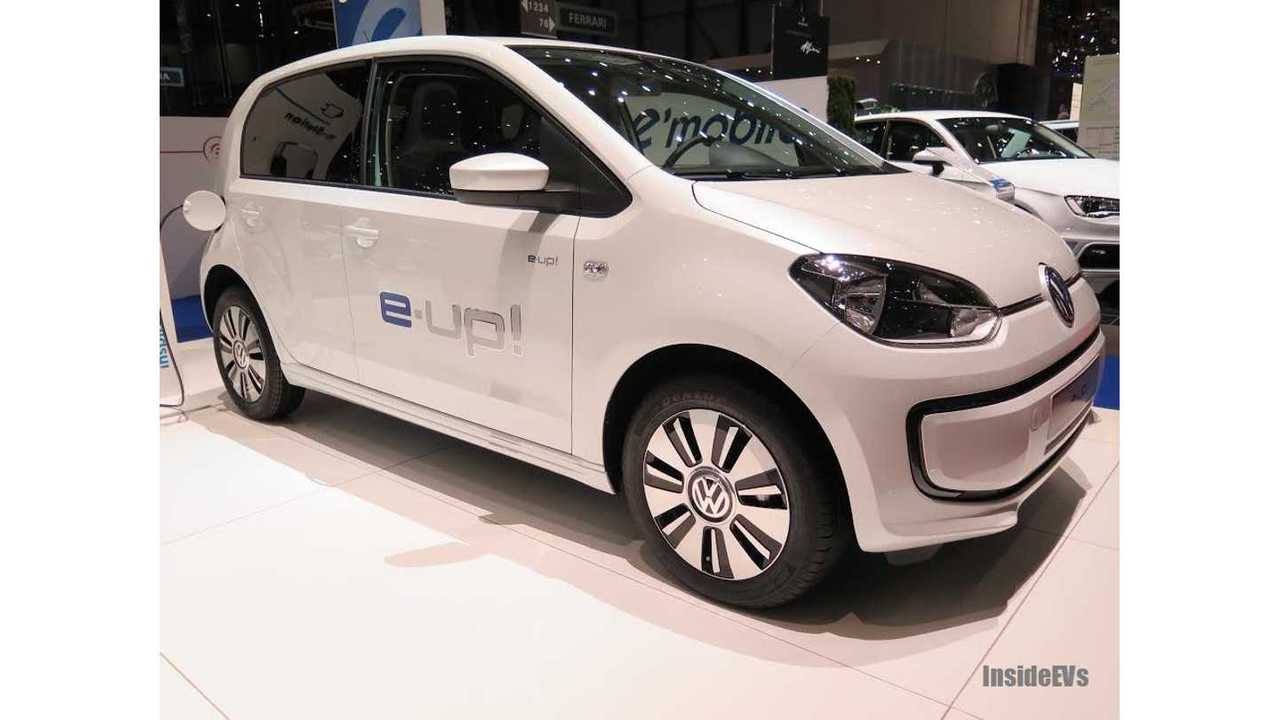 Norway, excluding the Tesla Model S sales spike in March, has been for several months at the 10% market share level for all-electric passenger car sales.

So it was last month, when 1,346 (or 10.9%) EVs were registered. The growth compared with the previous year is of course huge.

The big splash in May comes from VW up!, which was second best selling car in Norway after the VW Golf.  The German car had 465 registrations, from which over 3/4 were electric e-up!s (about 370 according to OFV).

Tesla Model S had 374 in May and with 2,598 sold so far this year, is the second best YTD seller after the VW Golf.

Third overall after five months is the Nissan LEAF with 342 registrations last month and 2,352 YTD.

No big splash from BMW i3, as 133 registrations is way below previous months, when well over 200 were registered or even 336 in March. BMW i3 is already behind e-up! in terms of number of sales this year.

These four models represent ~90% of all new passenger EV registrations in Norway in May.