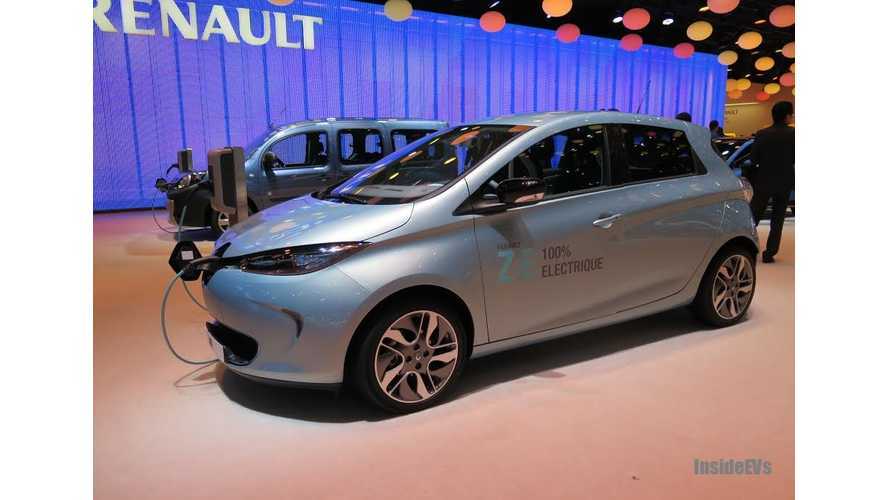 Red Line Is Percent of ZOE Sales to Clio Sales. For Example, In March 2013, ZOE Sales Were Near 14% of Total Clio Sales.

Finally, we have good information coming from France, where Renault ZOE almost rebuilt its position from the previous year for month of May.

472 units sold in May represents the fourth month of continuous growth this year and just 11 less than sold in May 2013. ZOE reached 5.6% of Clio sales, as reference.

Now, we hope for an even stronger June and a return back to TOP 100 models in France for ZOE, which is now in range.