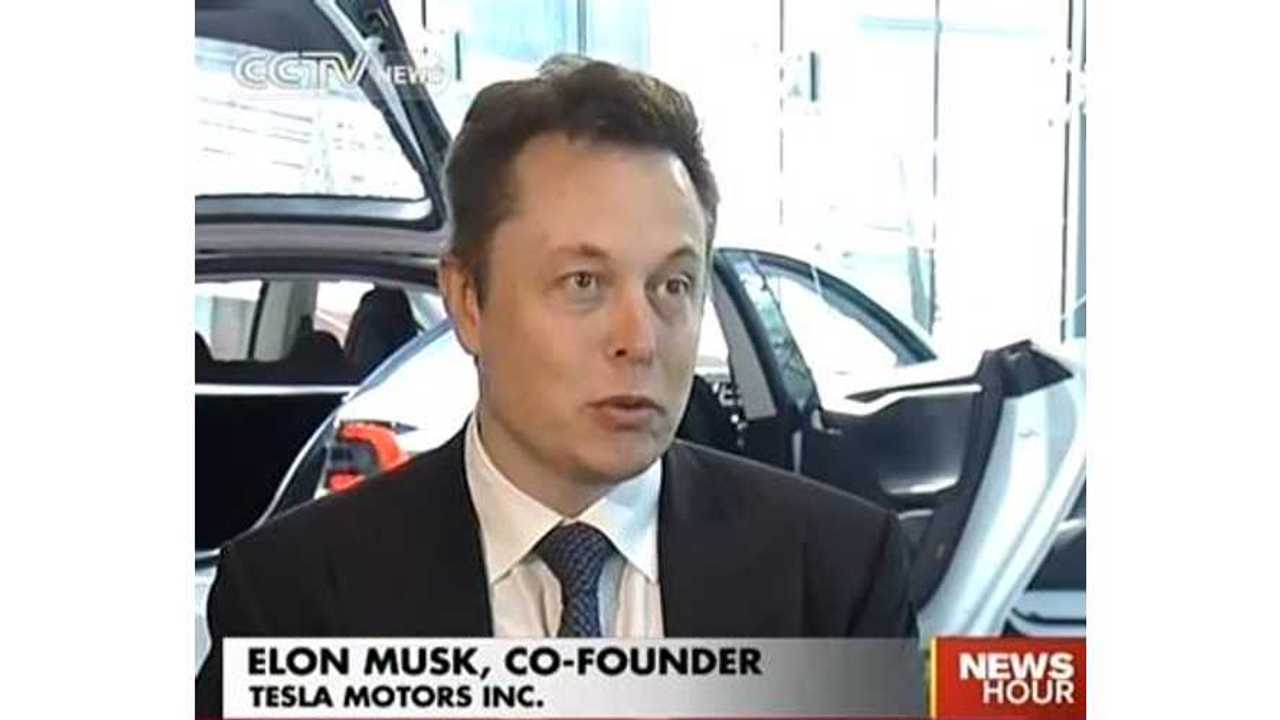 "American electric-car giant, Tesla Motors, has its sights set on China. It's relatively low prices and high profile designs are giving more choice to Chinese car buyers, amid tightening anti-pollution rules in the country. But Tesla is facing some problems in China. The company has just begun the long delayed and overdue delivery of luxury sedans..."

In order to get a sense of the difficult road ahead for Tesla Motors in China, one must first possess knowledge of the current electric vehicle situation in China.

The problem for Tesla is that those restrictions from which BYD have been freed, still largely apply to Tesla Motors, except perhaps the license plate restriction in Shanghai.

Add in that China's EV sales are booming right now and that Tesla is a few months behind in getting an adequate supply of Model S EVs to China and we begin to see that Tesla Motors has its work cut out for itself if it hopes to achieve the goal laid out by Tesla CEO Elon Musk, which suggests that China will join the US as the top sales market for the Model S beginning in early 2015.