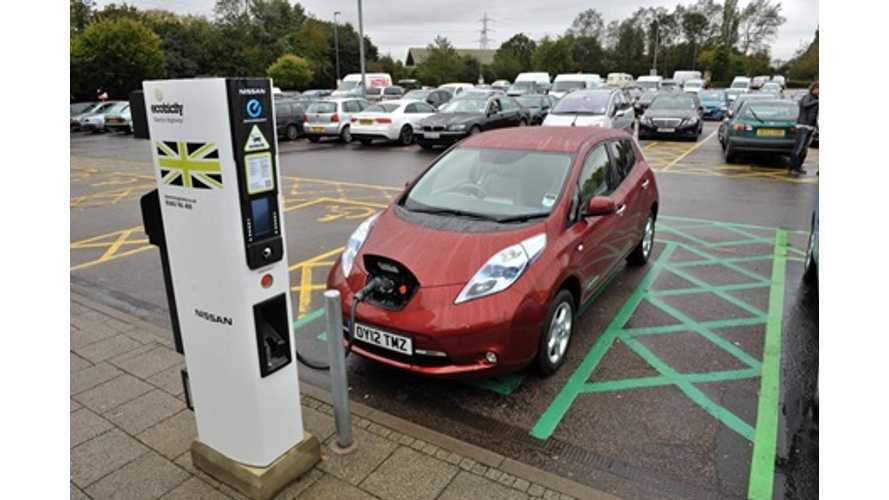 Nissan LEAF Sales In UK Surge To 630 In March

As we see over at EV Fleet World, despite the record, these numbers are still far behind original plans:

"Although the market is gathering pace, the claims are still noticeably behind the 8,600 which the government had budgeted for in the first 12 months of the Plug-in Car Grant."

Almost half of all of the plug-ins with Plug-in Car Grant claims in Q1 were Nissan LEAFs, which saw sales surge in March to 630.

Separately, there is also growing number of Plug-in Van Grant claims - 37 in first three months and 441 since the launch of the program in February 2012 (20% towards the cost of the vehicle up to £8,000).