Solar Power, EVs And The Duck Curve - How Are All 3 Related?

This year Duke Energy has made the move toward eliminating net metering for PV solar generators. They have stated that solar generators do not carry their fair share of maintenance of utility infrastructure, which is true but only part of the story. In a recent Greentech Media article, Jeff St. John gives his explanation of the strain the Duck Curve, a graphic that illustrates the shape of net demand on the California electric grid given the impact of renewable generation. Richard Lowenthal , CTO of ChargePoint rebutted that the good news is that California has discovered that the Duck Curve is good for EVs (electric vehicles), and EVs are good for the Duck.

At first, utilities complained that EVs would be bad for the grid and could potentially cause it to crash. That was of course until they realized just what a cash cow EVs will be. For the most part, EV owners can charge at night in a market that has been non-existent to utilities in the past. Most EVs are programmable to delay the charge to a preset time even if the grid is not smart enough to control it. This part is easy to understand. The revelation is that the combination of solar and workplace EV charging is even better for peak load when done between 10:00 AM and 3:00 PM. 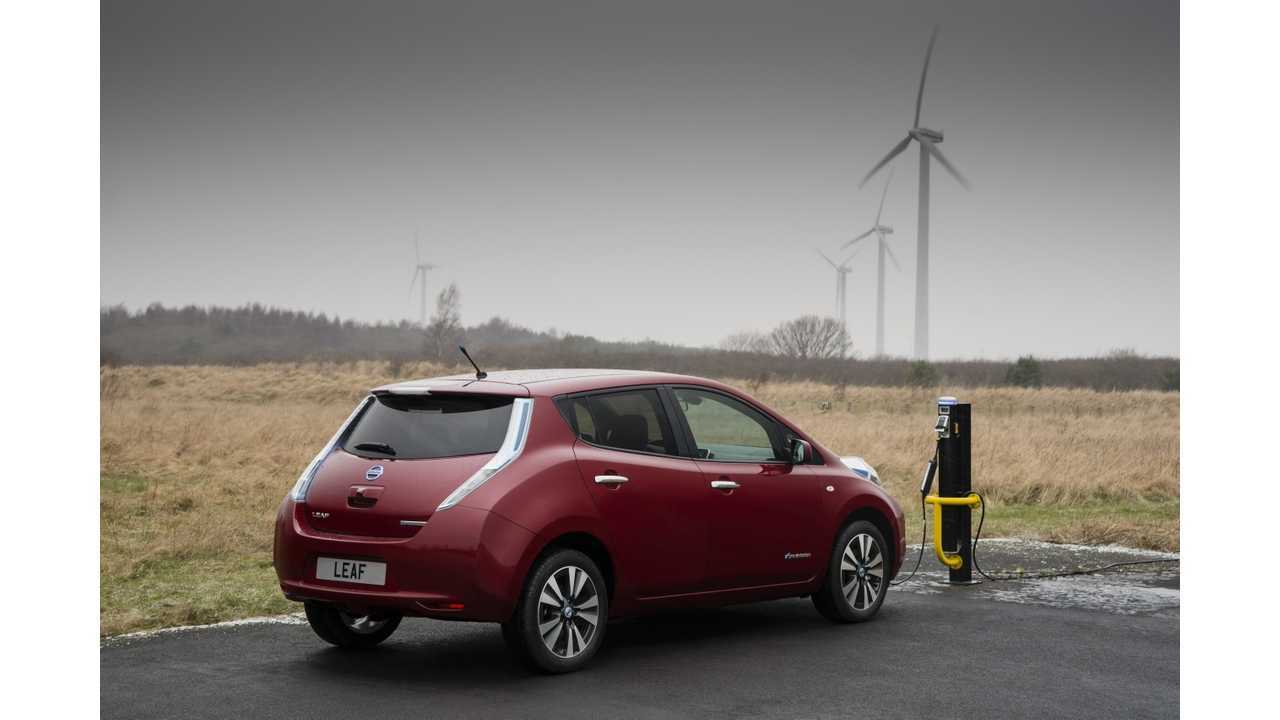 A Glimpse into the future

The US national average daily commute is 39 miles. A typical EV requires 13 kWh of electricity (under a $1.50 for many) for that commute which takes about 3 hours at a typical 220V level 2 charging station or 8 hours on a standard 110V outlet. Calculate your eGallon rate here.

The modern EV driver will start their day by driving to work on electricity between 6:00 AM and 9:00 AM. The ideal charging time will be between the hours of 10:00 AM and 3:00 PM to parallel future solar production hours, so solar power will offset this additional load on the grid. The EV plugs in but does not begin to charge until 10:00 AM when solar power kicks in to add the balance to the grid during these hours.  The added benefit is to fill the belly of the duck with extra load. 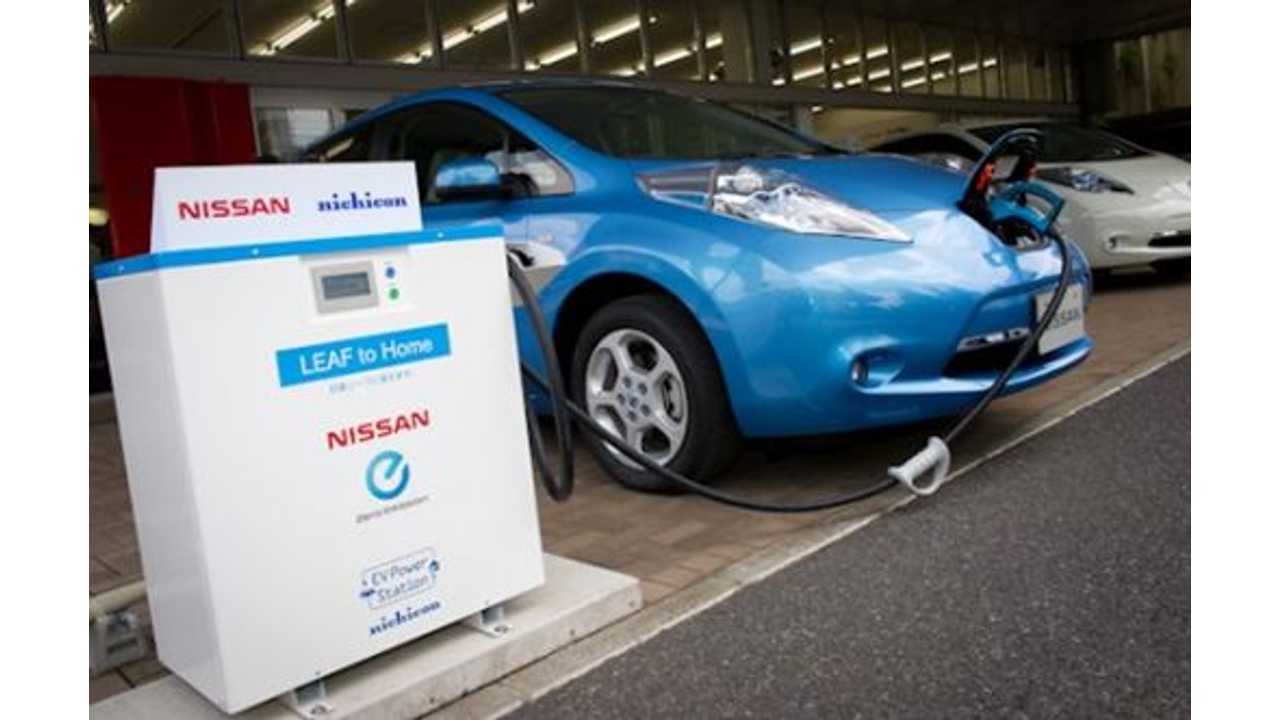 Vehicle to Grid in action

The EV driver leaves work between 3:00 PM and 6:00 PM. They plug in once again at home but do not start their charge until after peak hours ending around 9:00 PM and 10:00 PM. As battery life cycles improve, future V2G (Vehicle to Grid) technology, shown here and currently in use in Japan , the head of the duck is flattened even more with the EV giving back its excess energy to the grid at the most critical time for peak usage.

Now typically when power consumption drops around 10:00 PM the EV will add more revenue to the utility in a time sector that was previously low on consumption. The cycle starts over the next day.

The real cost to your power bill

Peak load determines how utilities size facilities for  generation and transmission. This has a lot more to do with your cost of electricity than maintaining the lines for transmission themselves. Without building to handle peak loads of the grid, blackouts will occur. Richard Lowenthal   states that California fuel cost  accounts for less than 5 percent of the cost of electricity, it is important to use the big costs of transmission and generation efficiently. This entails finding a delicate balance between building and maintaining no more infrastructure than is needed and encouraging customers to use every kilowatt-hour that is generated. So the flatter the curve is, the more efficient the grid is. A flattened duck means that consumers pay the lowest possible price for electricity.

What happened in California?

Richard Lowenthal further states since California has made such spectacular progress with solar generation, they now have no afternoon peak at all; the sun is brightly shining and generating electricity at just the time that the air conditioners need it.  The result is a glut of power at 2 p.m. and a reduced load after dark. So why do we care what is happening in California? California is clearly ahead of the curve in the raw number of EVs and solar installations. While every utility has their unique issues with transmission , generation, and potential solar radiation, it is worth analyzing the issues that have occurred in California.  We care because it is a glimpse into the future of what the combination of solar power and EVs can do toward lowering the number one cause to higher energy,  and that is lowering peak demand.

Why would we penalize good behavior?

EVs and solar go hand-in-hand. They are coming simply because the technology is the better mouse trap in both cases. The question is will we build incentives to reduce the real rising cost of electricity, which is the need to add  to generation and transmission to handle new peak loads? Embracing these technologies that reduce peak loads reduces costs for all electric customers. We need the infrastructure to charge vehicles during the day at workplaces and garages.  For our future load profile, we want plenty of daytime charging opportunities combined with solar power between the hours of 10:00 AM and 3:00 PM. This is the most credible path to lower electrical cost for all consumers.

What is the Alternative?

Studies have shown that one in three EV owners power their EV via solar with an increasing number considering the natural combination. Currently the most amicable relationship between solar providers and the utility companies is net metering. It is a basic concept where the power company buys and sells to solar generators at the same rate. This will always be the best practice for solar generators though until you consider the duck (peak load), not so for utilities. So what happens if utilities and politicians fight against net metering and other renewable credits? Remember now that one in three EV drivers are also solar adopters. If adopters of both of these technologies are penalized then they will most likely have no desire to help the grid and use their EV, or old EV battery, or future solar storage devices for their solar arrays.

How far away is a real battery storage solution?

Residential solar and EVs are coming and so is battery storage. By now, most of you are aware of the modern day Edison and Henry Ford of our time, Elon Musk. Recently Mr. Musk has released plans to build a 5 billion dollar US based Giga battery plant capable of producing batteries equal to the current global output of all lithium batteries. The plant will serve two purposes. First it will supply batteries to Tesla Motors 2017-18 Model E sedan. Second, it will produce battery storage devices for residential solar at a fraction of today’s prices and we know when. Between 2017-2018. That is less than five years out.

The best solution for solar generators will always be a symbiotic relationship with utilities.  If we choose to penalize solar installations however, then the real disruption will occur when PV residential solar/EV owners elect to use their own storage opposed to paying penalties to the utility companies.

As an engineer and a current user of both of these technologies, I really wonder if the utilities have thought this through? If the solar/EV owners elect for battery storage, then the current utility argument that cost will be spread to all consumers has just gotten worse. Ask your current utility/politician to stay on point and answer the question to what is the number one cause of raising your power bill. The answer is, and always will be dealing with duck (peak demand). If the combination of EVs and solar can reduce peak demand by filling the belly and flattening the head of the duck, should utilities and politicians not support the solutions that benefit everyone?

The problem is pretty straight forward. The scenarios are good for everyone except the utilities. The solution controls peak demand for now, but is a long term loss of revenue for utilities and their investors as renewables expand. So the decision has been made by utilities to fight to slow the expansion. The problem is that the solar/EV genie is out of the bottle, and though battery storage is less desirable than a continued partnership with utilities,  battery storage may soon become more viable. The utilities are making a stand that it is not in their interest to host a future business model with a loss of revenue. Given the stand off,  it is likely solar/EV adopters will choose their independent path in the very near future.

PVWatts calculator is a useful tool to analyse how much energy can be produced in your area. The benefits of solar vary by region and is not the solution to all energy needs, but clearly the combination of solar and EVs can have a positive, not negative impact on the duck.