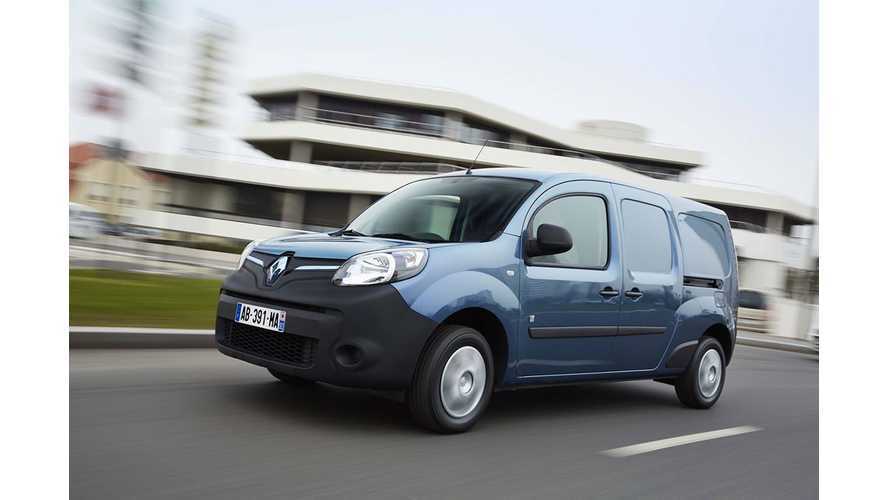 Renault Kangoo Z.E. cumulative sales already exceed 13,000 in Europe and it's the best selling electric vehicle from Renault - after taking over the lead from Twizy.  ZOE may hunt down Kangoo Z.E. sales later this year, but for now Kangoo Z.E. is on top.

The French electric van was recently featured in an episode of Fully Charged.  However, the video was recorded several months ago.

Robert Llewellyn quickly realized that Kangoo Z.E. can haul not one, but 10 Christmas trees, or even a whole forest if needed.

There's a bonus in this Fully Charged: Gravity light.