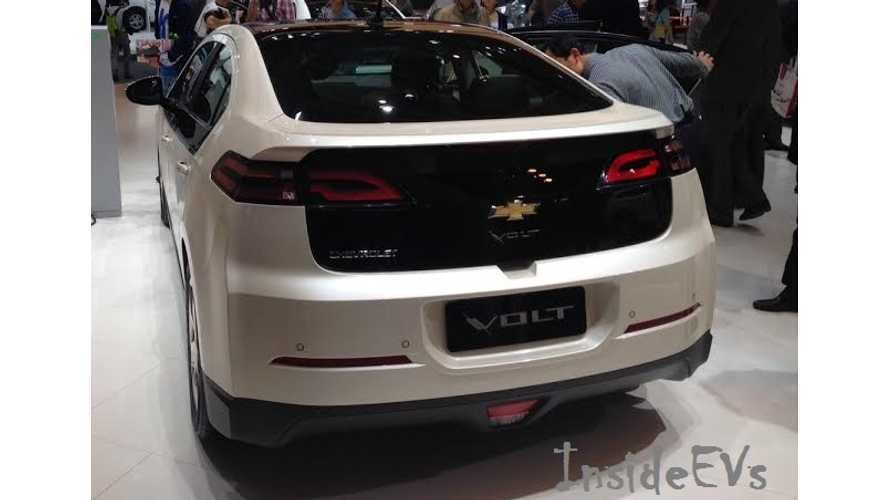 Chevrolet Volt sales continued an upward trend in May, as 1,684 were sold during the month.  Sales have increased for the extended range Chevy in every month so far in 2014.

As expected, GM continued to produce more inventory of the Volt than there was sales in May (up to about 150 days worth), ahead of the 'summer shutdown' and changeover to the 2015 model year at the plug-in's Hamtramck, Michigan assembly facility , which comes early this year in June.

Expect A 2015 Model Year Pricing And Option Announcement From GM...But With Not Many Changes As The Next Gen 2016 Volt Arrives In Fall Of Next Year

To that end, we look to see an official release from GM shortly on 2015 pricing and specs...which should be a fairly uneventful, uh event, as the next generation of Chevrolet Volt will go on sale next year.

Sister-car, the Cadillac ELR continued to struggle to find demand in the market, with just 52 sold.

Chevrolet Volt Sales Continued To Increase In May 2014...Not So Much For The Cadillac ELR

Just for fun:  Check out just how far the maximum range in all electric mode in the Volt is here.