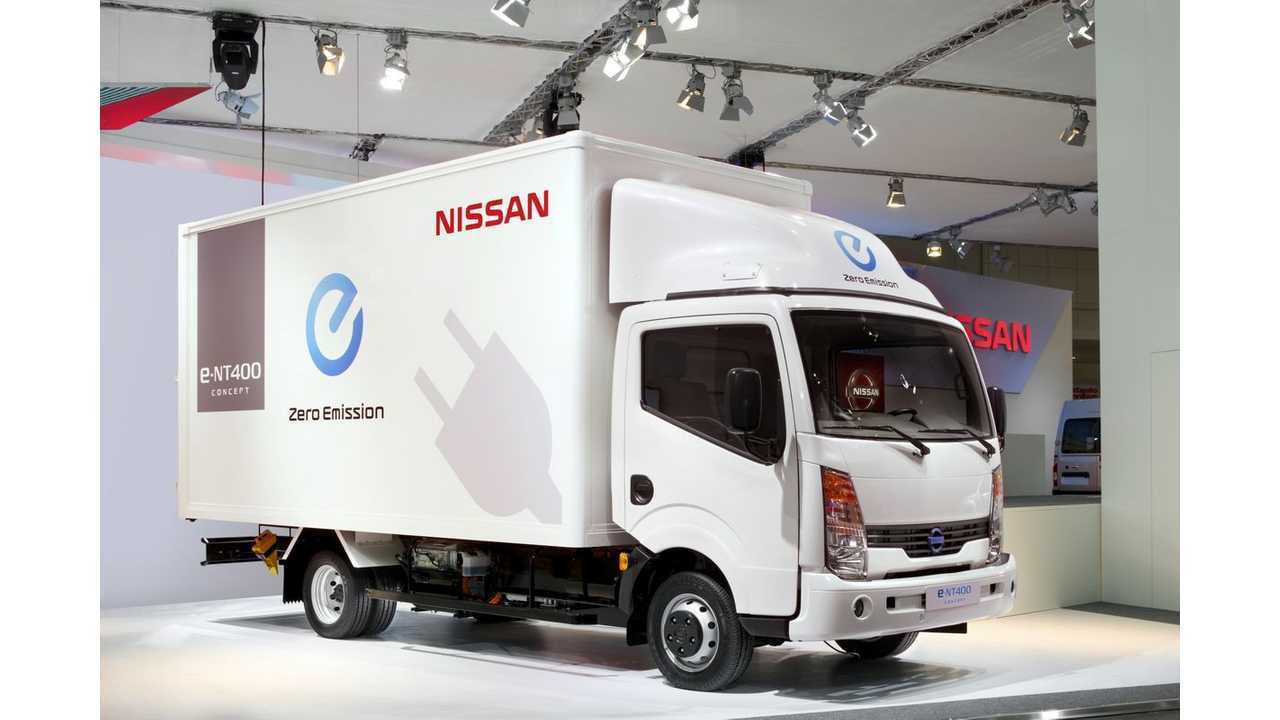 Nissan announced that beginning back on April 15 in Toyama, Japan into demonstration service went the 100% electric truck e-NT400.

Actually, there will be two such trucks used for recyclable garbage collection to gather some data useful to further the development of the electric truck.

According to our Google Translator, e-NT400 prototypes has heart and soul from the Nissan LEAF - 80 kW motor plus lithium-ion battery pack capable of quick recharge to 80% in 30 minutes (must be ~24 kWh due to typical 50 kW CHAdeMO chargers).

The 24 kWh battery pack will not allow such a large and heavy vehicle to travel far, so only 62 km or 38 miles of range is listed on the JC08 cycle.  Finally we've found an EV with range lower than the Toyota iQ EV (~100 km in JC08), but it's big truck so we're thinking Nissan still gets the nod of approval of the electric iQ.