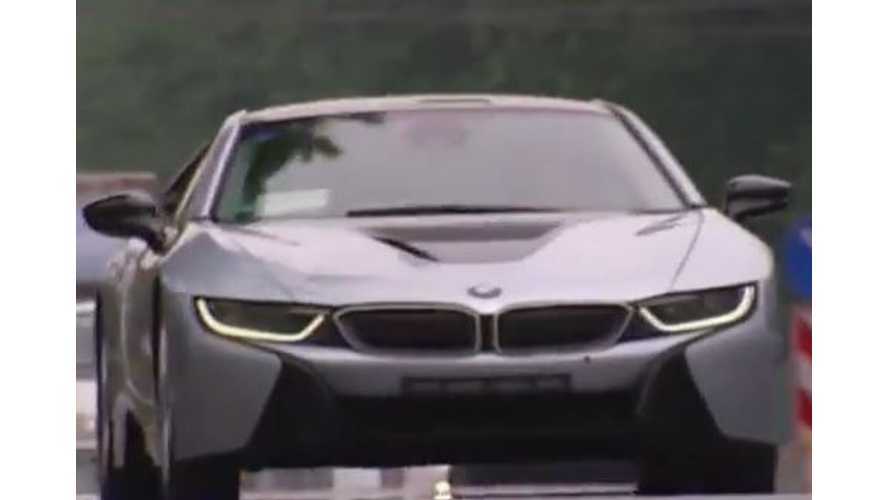 "The ultra high-end electric and hybrid car space is suddenly getting a bit more crowded in China."

Says Bloomberg upon test driving the BMW i8 in Beijing.

"...BMW will roll out its hybrid i8 super sports car for the China market by the end of the year. Bloomberg's Stephen Engle got behind the wheel of BMW's new offering in Beijing."

We don't yet have any pricing information for the BMW i8 in China.  We suspect it will be perhaps double the price of the Tesla Model S there, which starts at ~$121,000 USD.

It'll be interesting to see if the Model S (an unknown brand in China) outsells the BMW i8 (BMW is one of China's most popular luxury marques).  We should clearly see which of these two vehicles leads in sales perhaps by early 2015.