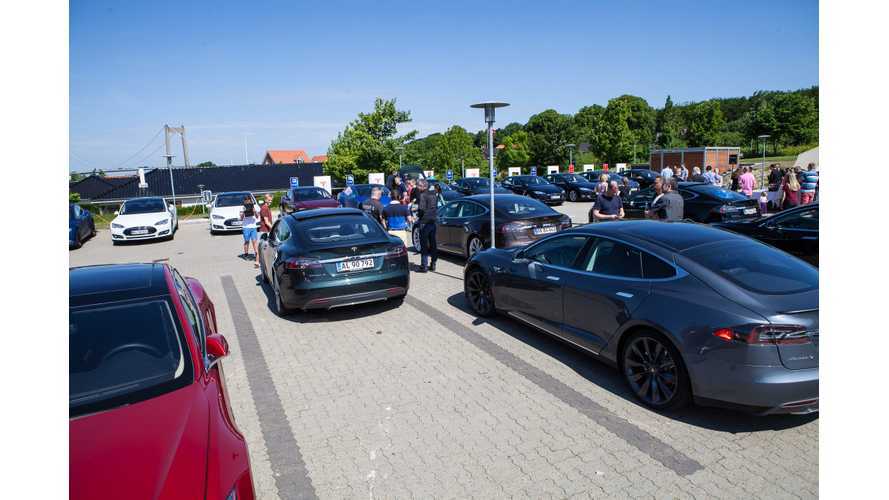 "Denmark is now charged, we’ve opened our first Superchargers there."

Tesla's Supercharger website currently lists only one location, Middlefart, with 4 stalls.  However, the image above shows the Middlefart, which appears to now have 8 charging stalls.

Update (June 21):  Tesla has updated their supercharging list/map and both units are now included

Tesla's total Supercharger count in Europe is now listed at 18, with 94 more in the US and 3 in Asia.