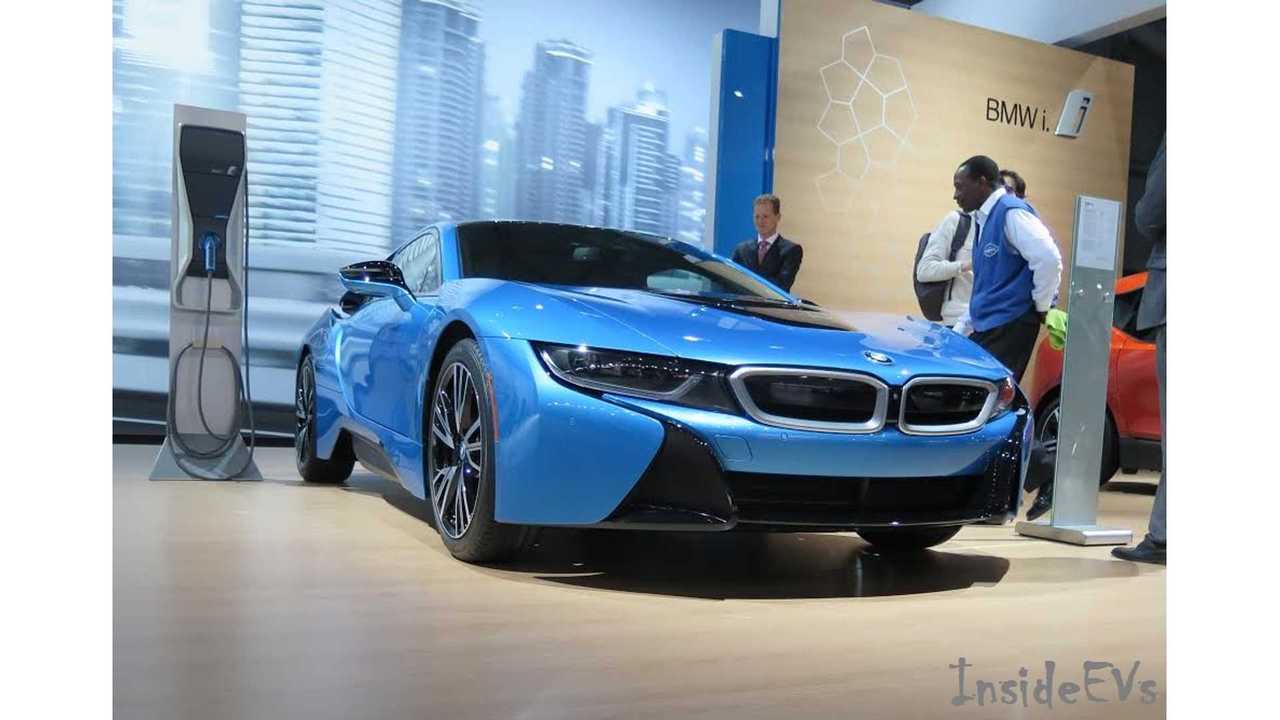 BMW has updated its i8 microsite to include final specs for the plug-in hybrid.

"This is the same electric motor as in the BMW i3 but with less power (170 hp in the BMW i3). The electric motor drives the front wheels via a GKN two-speed automatic gearbox which always run in first gear while in eDrive mode but switches directly to second gear in the mixed modes. The energy is drawn from a 5 kWh lithium-ion pack placed along the central tunnel right behind the electric motor."

"An additional e-motor is placed in the rear adjacent to the combustion engine. It produces 13 hp and 81 lb-ft of torque and while it can provide additional power to the rear wheel, BMW says that its main functions are to recharge the battery, start the combustion engine and in hybrid mode to smooth out power delivery and match up the revs when switching driving modes. Therefore the typical lag mode found in hybrid or combustion setups is removed."

We sure are looking forward to the launch of this BMW i8 in the US in early Summer.