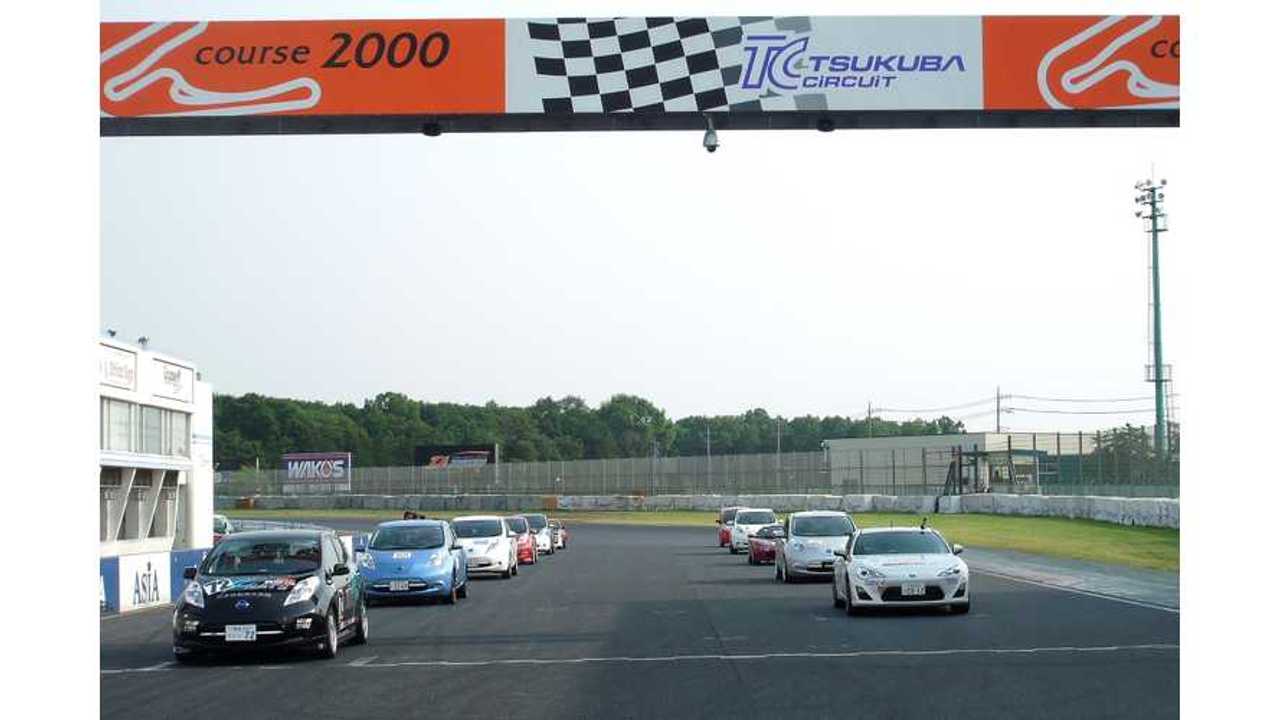 On May 25, at the Tsukuba Circuit in Japan, the second round of 2014 Japan EV-GP Series was held.

This time, 10 fully electric cars finished the race, from which the winner was a white FT86EV (first on the right) from the EV-C class for converted cars. We think the FT86 EV has something to do with SIM-86e from SIM-Drive.

A Tesla Roadster finished in EV-1 class (for production vehicles with power of over 161 kW, was second overall) and then we see a bunch of Nissan LEAFs in the lower power class EV-3 (EV-2 was empty).

A lonely Mitsubishi i-MiEV won its EV-4 class, as there were no competitors.

Second Round of 2014 Japan EV-GP Series