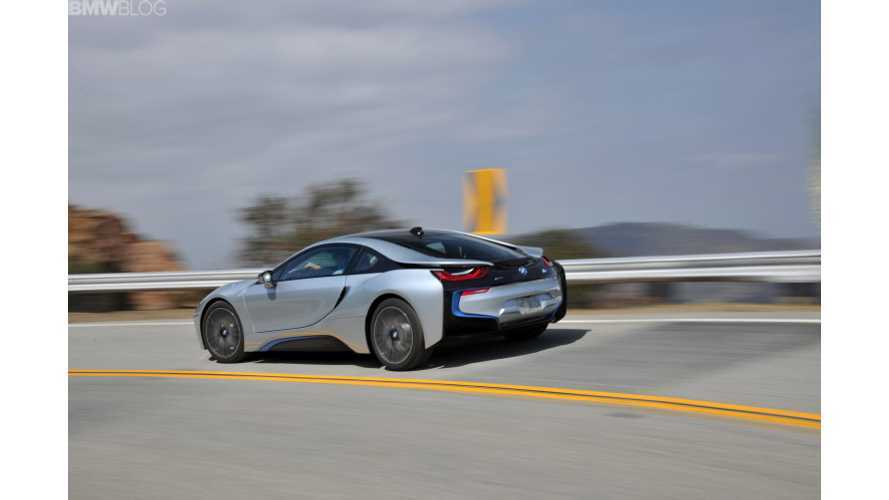 Autocar thought it wise to pit the BMW i8 against the most iconic sports car ever: the Porsche 911.

We won't steal Autocar's thunder though, so what you'll read below will be only a few snippets from Autocar's exceptionally detailed comparison between the i8 and the 911:

"You might have already read our first drive verdict on the BMW i8 and think you know what direction this test is set to take: the Porsche 911 walks it."

"However, the i8 is one of the most advanced road cars ever: carbonfibre construction, plug-in hybrid driveline, myriad drive modes, the capability to run in either zero-emissions electric front-wheel drive or petrol-electric four-wheel drive, two gearboxes… the list goes on. It is the most sophisticated car ever to wear a BMW badge."

"Next to it, the Porsche appears rather conventional."

That's the opener, which is followed by detailed comparisons (on the road, by the numbers, subjective opinions and so on) between the two vehicles (Autocar has thoroughly tested both the i8 and 911). Here's the closing:

"So the Porsche takes the dynamic contest – and by quite a margin.

"However, the BMW is not disgraced. The i8 is one of the most intriguing sports cars to challenge the establishment in a very long time, and it is a clear winner in an urban environment..."

"... if you’re keen on the futuristic appearance and are more obsessed with technology than dynamic appeal, go with the i8....Think of it as the world’s most accomplished urban sports car."