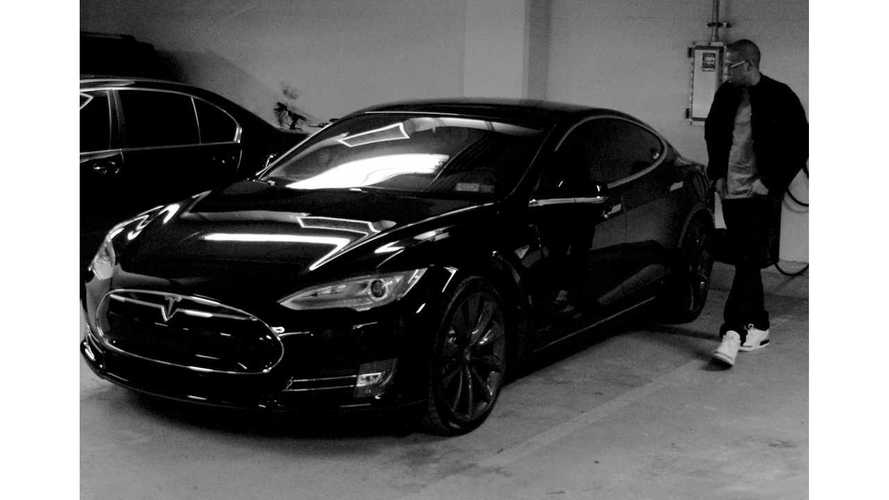 It's common these days to hear of celebrities buying plug-in vehicles.  Of course, the Tesla Model S is one of the hottest EVs among celebrities.

Yes, that's Jay Z checking out his own black-on-black Model S that he apparently purchased within the last month or so.

There really ain't nothing left to say, so we'll part with this: celebrities owning plug-in vehicles is a plus, simply because it drives up visibility of the various plug-in vehicles out there.