Water Testing BMW i8 And BMW i3 - Video 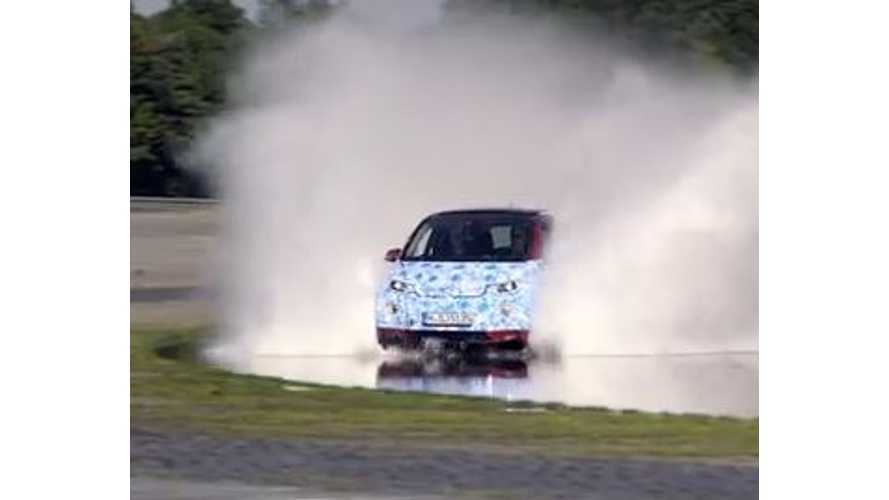 Here you'll see both the BMW i8 and BMW i3 splashing through some deep puddles.

Uniquely, BMW decided to up the speeds when putting the i8 and i3 to the test.

It's almost as though BMW was trying to spin the i8 and i3 out of control in some of these water tests.  Perhaps to check the traction control systems and the hydroplane resistance of those skinny tires?

Both the BMW i3 and BMW i8 will be in the hands of the buying public in the US shortly.  First deliveries of both the fully electric and extended range i3 happened last month.  The first i8 buyers in the US should receive their plug-in hybrid BMWs in either late June or July.

The very first BMW i8s were delivered to anxious customers in Germany on Friday (June 6th).

BMW i8 Throws Quite a Spray