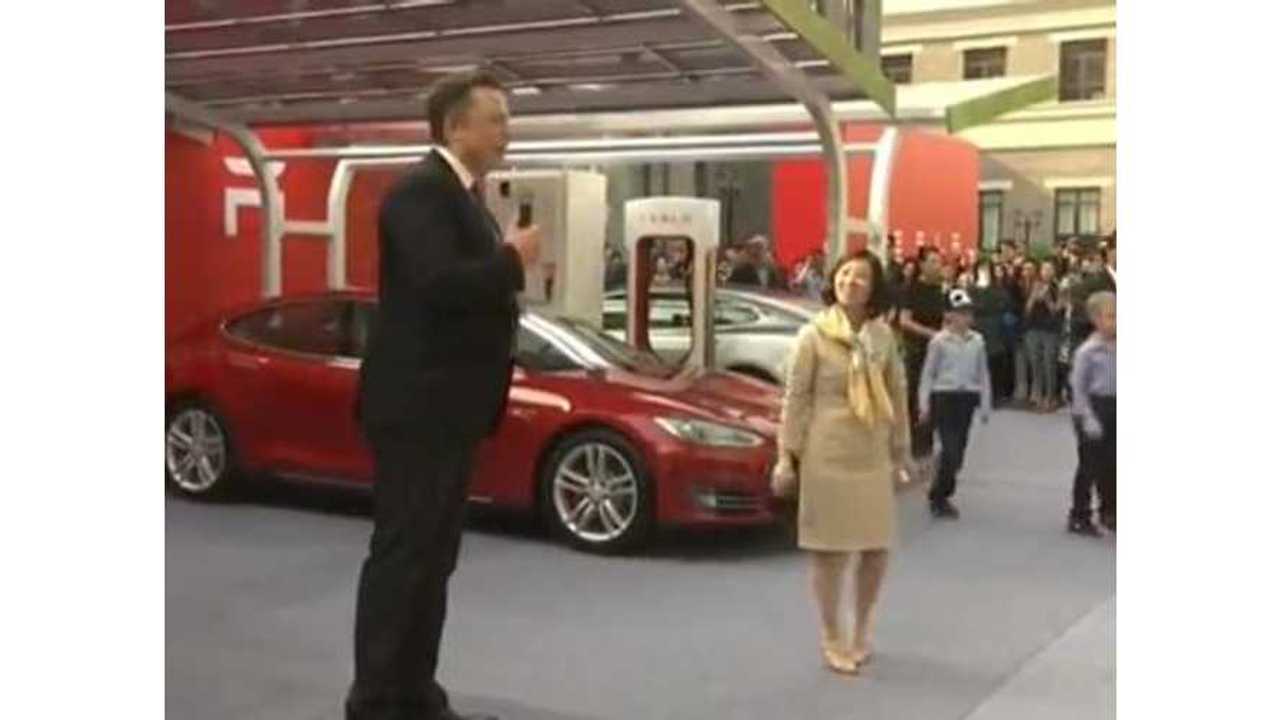 As you may have already heard, Tesla Motors made its first official Model S deliveries in China on Earth Day April 22, 2014.

Confirming those initial deliveries is this Associated Press video showing 8 Model S EVs being handed over to the lucky first owners in China.

"Tesla Motors made its first delivery in China on Tuesday, handing over eight all-electric sedans to eager customers at a launch event in Beijing."

8 down and thousands to go

The backlog of orders in China is growing daily, with some eager future Model S owners saying they've been waiting months now in hopes that someday they'll receive the Model S they ordered last Fall.

All in due time, says Tesla Motors.  The process of getting Model S EVs into China is time consuming.  All the while, Tesla must still fulfill order across the globe.

So, while wait times may be long in China, it's reassuring to see the first Model S deliveries finally occur there.

Also covering the event was Bloomberg (video below)