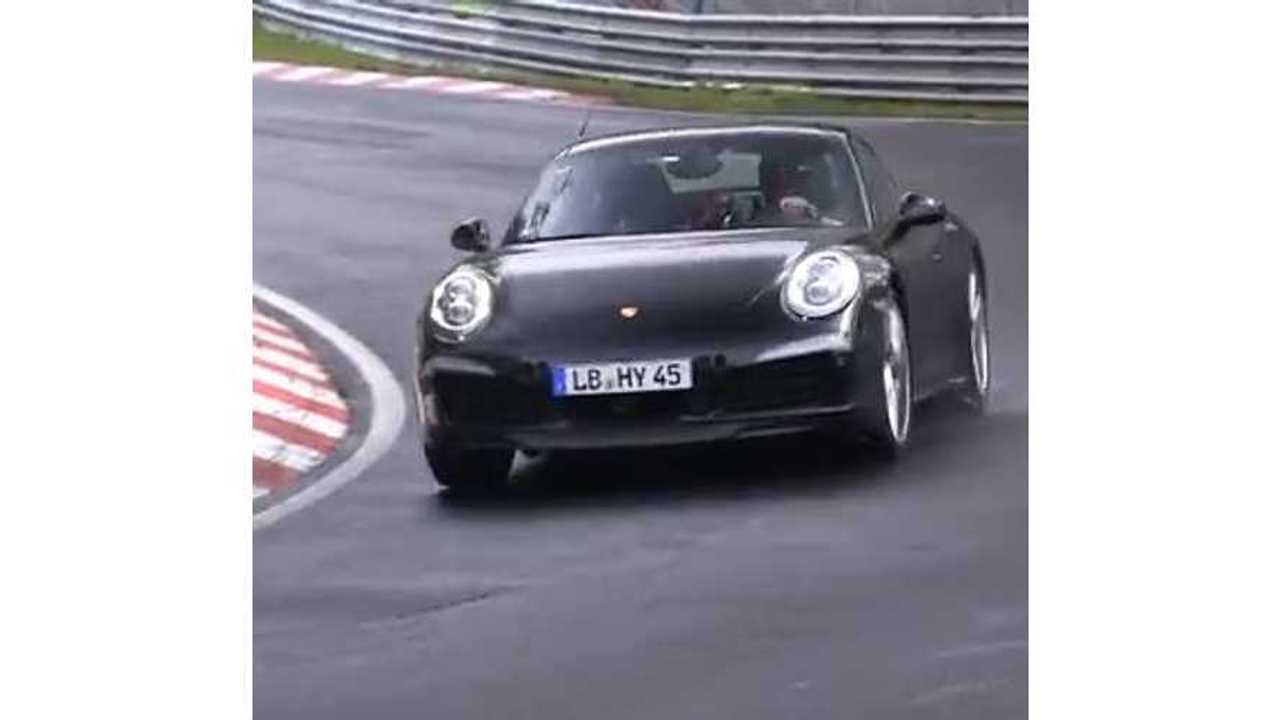 Is this our first-ever look at the 911 PHEV?

"On May 13 we filmed this Porsche that at first sight looks like a normal prototype for the facelifted version of the 991. However, when checking our footage we noticed something very peculiar in the backseat of the 911. It looks as if there's some kind of electrical engine or battery pack on the back seat. When listening very carefully to the sound of the car you can also notice a high pitched noise during shifting and even during acceleration, suggesting a hybrid powertrain. Could this be the very first videofootage of the rumoured Porsche 911 hybrid? What do you think?"

If this is the 911 PHEV, then seeing it out for testing perhaps suggests it's coming sooner than expected.  Perhaps in 2015?