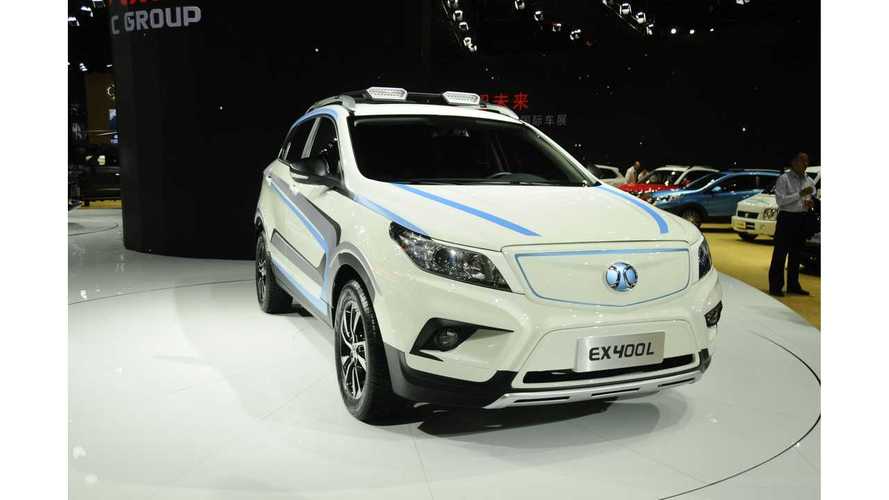 Chairman of Beijing Automotive Group (BAIC), Xu Heyi, says BAIC is looking to be the leader in the electric vehicle segment.

Heyi's company is supposedly partnering up with an undisclosed American automaker to produce a new electric car by the end of 2015 and he sure has a lot to say of Tesla Motors.

The BAIC chairman further states that Tesla presents nothing new as far as technology.

As of today, we've yet to see any automobile from BAIC that's even close to a Model S competitor.  Most BAIC models would be hard pressed to compete with even a vehicle like the Chevy Spark or Ford Fiesta.

Tesla CEO Elon Musk is personally kicking off the sales of the Model S and believes Tesla Motors has huge potential in China.  Musk goes so far as to say that China will likely become Tesla's biggest market.

Vice president of Tesla's China operations Veronica Wu, stated earlier in 2014 that she expects China to account for "30 to 35%" of Tesla's overall global sales growth for 2014.