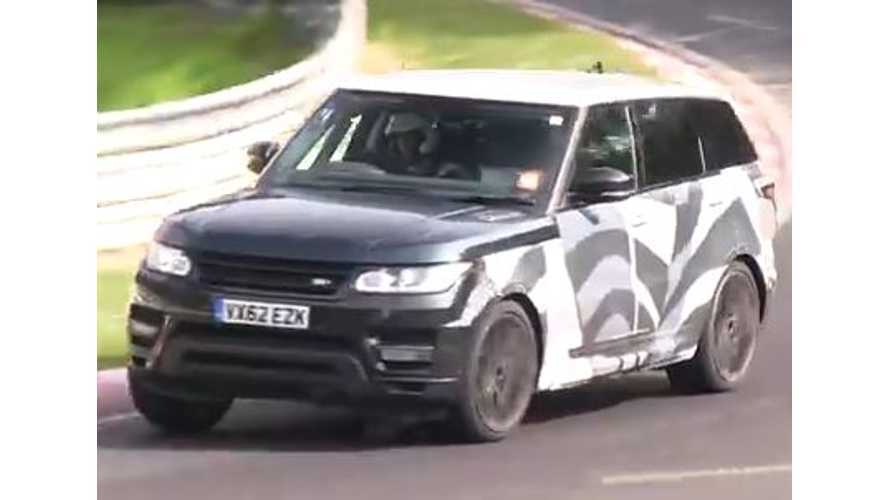 "We managed to get some shots of what we believe is the upcoming Range Rover Sport Plug-in Hybrid with a petrol engine. The current range of models by Range Rover only contains hybrid's that are combined with a diesel engine and that are able to run at low speeds and for only 1.6 km. The one in the video clearly runs a lot faster purely on the electric engine. Thereby we did a license plate check on the car and it's registered as a petrol car, suggesting this should be the expected and rumoured Range Rover Sport Petrol Plug-In Hybrid! Footage was shot on Tuesday the 20th of May 2014."

So says the video description attached to this clip of a Range Rover at the Nurburgring.

We concur.  This is most likely the upcoming Range Rover plug-in hybrid, which is expected to launch in 2015 or perhaps a bit later.

It seems that be 2016-ish, there will be a bevy of plug-in SUVs available globally.

The times they are a-changin'.